U-turn Cam needs help: Clone B morphs into a Tory: A pair of peaks for sale: Shape shifting robots: and the slow arm of the Law.

Warm, muggy and damp at the Castle this 13th day of the month, late for everything today, overslept, got down Tesco’s for stale bread, gruel and pussy food late, took ages to checkout, got back late, started this post late, so I missed the worm..... 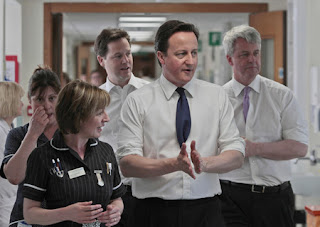 Apparently U-turn Cam is seeking help from his newest MPs to head off a backbench revolt over his watered down health reforms.
In the face of Liberal Democrat opposition to his proposed shake-up of the NHS, the Prime Multimillionaire ordered a time-out so the views of doctors and nurses could be heard.
Today, a report by the group NHS Future Forum, led by former chairman of the Royal College of GPs Prof Steve Field, will be published and is expected to recommend a string of changes.
The Liberal Democrats claimed yesterday that the concessions they had demanded had been achieved, while backbench Tories were warning that U-Turn Cam had given too much away.
Mark Pritchard MP, secretary of the 1922 committee of backbench Tory MPs, suggested that the changes would lose the Tories votes.
Doesn’t matter, because- 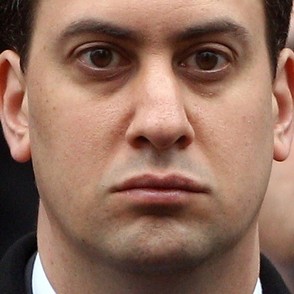 Clone B has been taken over by the Reptilian Aliens inhabiting the Piss Poor Policies Coalition and has “decided” that the Tories are on the right track.
In a speech to community leaders in central London later, clone B’s theme will be responsibility.
He will say Labour is seen by some as representing those ripping off society.
The new Reptilian Alien in disguise will argue the party has been too tolerant of those at the top and bottom of society who fail to take responsibility for their actions.
He will say that welfare must reward people who make a contribution to society, by arguing that, for instance, people who work or volunteer should get priority on council house waiting lists.
Ed the Newt is expected to say: "For too many people at the last election, we were seen as the party that represented these two types of people - those at the top and the bottom who were not showing responsibility and were shirking their duty to each other.
"From bankers who caused the global financial crisis to some of those on benefits who were abusing the system because they could work - but didn't.
Oh dear, now we have three parties that I don’t want to vote for.
Right a smidge to Austria 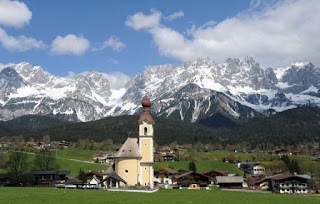 Two 2,000-metre mountain peaks in eastern Tyrol - the 'Grosse Kinigat' and the 'Rosskopf' - are up for sale for just 121,000 Euros ($A166, 015) for the pair.
On its website, Austria's federal real estate company, the Bundesimmobiliengesellschaft or BIG, proudly boasts that the two peaks offer the 'most stunning views of the Carnic Alps and are popular destinations for mountain climbers and hikers'.
Nevertheless, the decision to put them up for sale has angered locals.
'It's a mystery to me why they are wanting to sell the peaks right now,' the mayor of the tiny village of Kartitsch, Josef Ausserlechner, told the Austrian news agency APA.
'In Greece, they're selling off islands. In Austria, it's the mountains,' he fumed.
Ausserlechner insisted the village of Kartitsch has right of first refusal, but could only afford to pay a symbolic price of 'a couple of thousand of Euros’.
Snag is you can’t take them home.....
Fit Bots are coming 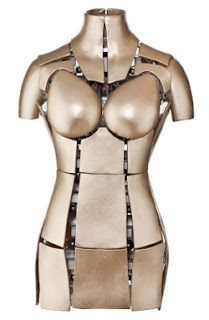 The shape-shifting robot mannequin, previously only available with a male physique, now comes in female form too. Score one for robot gender equality.
The robot is part of a virtual fitting room service for online retailers created by Estonian start-up Fits.me. Customers shopping for clothes at a participating site enter their measurements online (height, chest, arm length, torso, and so on), then see photos of a real-life mannequin shaped just like them (only headless) "trying on" items in various sizes and styles.

To be clear, shoppers are not watching the robot try on clothes in real time. When a retailer signs up for the service, Fits.me snaps pictures of the bot trying on the garb in the shop's inventory and stores those photos in an online database that shopper’s access later.
Super.....
And finally:
Dahn in Devon 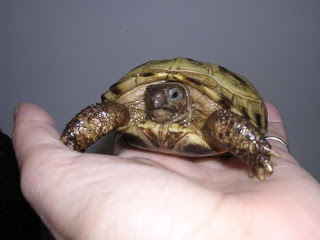 Cash-strapped police issued a crime number and sent out an appeal – for a tortoise.
The “wanted” notice described the runaway as six inches long, with a chip in its shell and the remains of red nail varnish on its back.
Its owner reported it to police, fearing the £600 Russian Horsefield tortoise had been stolen.
But it was found in a nearby street two days later.
Yesterday, a police spokesman denied the investigation in West Alvington, Devon, had been a waste of money, adding: “All thefts have to be treated seriously.”
“Tortoises have a habit of wandering off, but I don’t know how they concluded it had been stolen.”
Not a high speed chase then....
That’s it: I’m orf to find an apple.
And today’s thought: Silence and a smile are two powerful tools.
Angus
Posted by Angus Dei at 09:26 5 comments