No amnesty: Physios and podiatrists prescriptions: Amateur bomb defuser: A bit more Argy bargy: Up yours Tamworth: and how to wash a car-twice...

Oodles of solar stuff at the Castle this morn the garden has been fettled to the nth degree, and I have had to wash the sheet, duvet and cover because it is a bit damp from my melting bod over the hot dark thing.
As I put a nice clean sheet on the four-poster his Maj came in from exploring the grounds and ran right across it leaving a nice set of dirty paw prints-make that I have had to wash the duvet, cover and two sheets....


Up in the Olympic Smoke 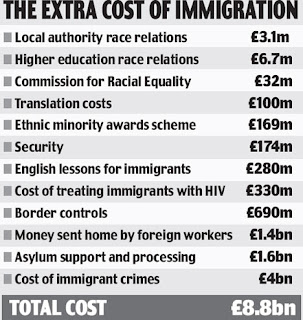 Someone in the on holiday number 10 yesterday ruled out offering an amnesty for illegal immigrants and failed asylum-seekers still in Britain.
The move has previously been supported by Boris Johnson, the Mayor of London. But Prime Monster U-Turn Cam’s spokesman said: "That is not something we are considering."
His comments came after it emerged that the UK Border Agency is working its way through a backlog of more than 275,000 cases – equivalent to the population of Newcastle.

Wonder how many it will be after the underwater Olympics? 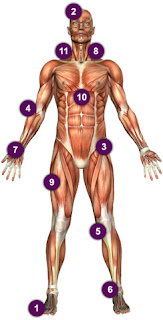 Physiotherapists and podiatrists (feet and ankle stuff) in England are to get the right to prescribe medicines by themselves.
Ministers agreed to the change in the law after carrying out a consultation, but it will be 2014 before it is fully rolled out.
When physios and podiatrists do start prescribing they will become the first in the world to be given such powers.
And it will mean patients do not have to go back to GPs to get drugs such as anti-inflammatories and painkillers.
Health minister Lord Howe said: "By introducing these changes, we aim to make the best use of their skills and allow patients to benefit from a faster and more effective service."

That should help our medal count....

East many, many miles 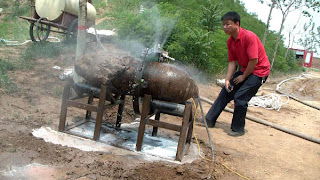 After working for eight years, Ji Xingang's bomb-defusing device is now used by many public security bureaus, fire stations, as well as oil and gas companies throughout China. Wang Ru reports.
For eight years, Ji Xingang worked relentlessly on his bomb defusing invention, modifying and improving the device. It was originally a hobby and he never thought it would be put to use. But the timing was perfect. He completed his project in March 2010 and in June 2010, someone from the public security bureau of Shijiazhuang, capital of Hebei province, found use for it.
The conventional way to defuse unexploded bombs was to transport them to remote localities and detonate them. But nobody could predict whether the bomb would explode during transportation.


So they moved it to nearby open ground.


According to Ji, there is a huge market for such machines. In 2008, the Olympic Games imported an anti-bomb water jet cutting machine from a German company, which cost $200,000.
Since 2010, Ji has been selling his water jet cutter to public security bureaus, fire stations, as well as oil and gas companies all over China. In 2011, his cutter was bought for the World University Games in Shenzhen.

Spiffing, but shouldn’t he be standing a bit further away?


West just as far and dahn more than a smidge 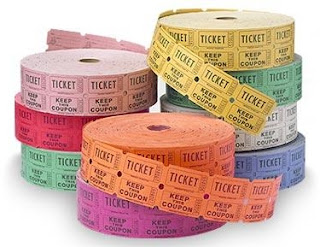 A raffle will determine which civil servants in a small Argentine town will receive their pay first, due to insufficient funds, its mayor announced Monday.
"We will draw lots to decide the (order) of payment," said mayor of Bialet Masse, Gustavo Pueyo, in a broadcast from Buenos Aires private radio station Radio Mitre.
Pueyo said the raffle was approved by national mayoral authorities and the first draw took place Friday, with 23 of the town's 92 employees receiving their pay. A second raffle is slated for Monday.
Home to 5,000 inhabitants, Bialet Masse is a tourist destination in Cordoba Province, 750 kilometres (466 miles) northwest of Buenos Aires.
Pueyo attributed the city's insufficient funds to a drop in the funding usually received from the provincial government.


Back in up yours Blighty 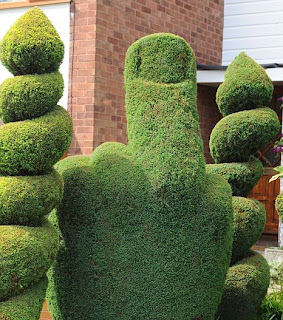 A hedge clipped to look like an extended middle finger has landed one gardener in trouble after police ordered the offensive bush to be altered following a complaint.
Warwickshire Police have told creator Richard Jackson his cheeky garden humour must be altered as it is considered a public offence.
In response, neighbours in Tamworth, Staffordshire, have started a Save the Bush campaign.


'I carved the bush into a middle finger eight years ago and there has only ever been one complaint about it, made recently,' explained Mr Jackson.
'I was contacted by the police and they said the council had been in touch because somebody had complained to them about it.
'Apparently, one person was offended by it and the police said it was a public order offence.'


Warwickshire Police said if they receive a direct complaint about the hedge they would deal with it proportionately.

After driving out of the Spotless Auto Laundry carwash on East Anderson Street Hackensack an ‘elderly’ woman decided that her motor wasn’t “spotless” and drove it into the river to finish it orf.
The woman, who was not immediately identified, apparently hit the wrong pedal and she and her car ended up in the river, police said. She was rescued by a carwash employee and a customer and treated at Hackensack University Medical Centre.
The incident occurred around 3:30 p.m. Police called city fire-fighters about a car in the water at East Anderson and River streets, said Lt. Justin Derevyanik of the Hackensack Fire Department.
Fire-fighters launched a boat to check the vehicle for other occupants, found none and then secured the car by tying it to the shore line so it could be towed from the river, Derevyanik said. They then helped a tow truck crew retrieve the car.


The good news is that no fire-fighters were injured.


Oh well that’s alright then.....but at least she had a fifty/fifty chance of hitting the right pedal...

That’s it: I’m orf to slow dahn a Dumpling Squid

And today’s thought:
Now where is U-Turn Cam sitting Olympics.... 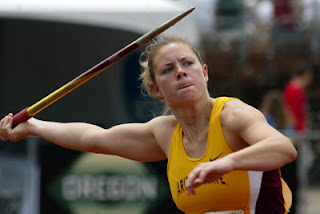