Loads of lack of warm, little atmospheric movement, less solar activity and lean amounts of skywater at the Castle this morn.
Going to “do” the last bit of splashing coloured stuff on the vertical bits, some of the high horizontal bits and low flat bits this weekend, the ladder is out and I have a parachute and safety net at the ready.


According to the Torygraph 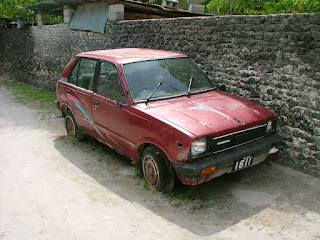 Motorists are putting off essential maintenance on their cars because of the rising cost of driving, a survey has discovered.
Eight per cent of people admitted to delaying essential car maintenance, and 37 per cent to ignoring strange engine noises and dashboard warning lights. 47 per cent delay tyre replacement until the tread is at or below the legal minimum, and 22 per cent who do not replace brake pads. The result, if taken across total car ownership, is about one million cars on the road with unsafe tyres and brakes, said Halfords.
The survey also revealed that in order to save money 27 per cent of people said they had switched from main dealerships to independent garages.


Which brings me to 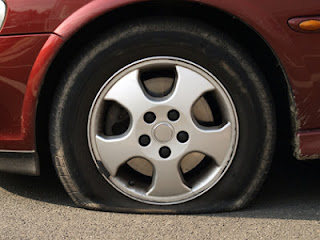 This: younger men are more likely to be able to bake a cake than change a tyre, a survey has revealed.
The poll in a survey carried out for JCB Toughphones showed that one in five men under 24 admitted they had never gotten their hands dirty doing DIY tasks.

It revealed that only 15 per cent knew how to jump-start a car, 17 per cent to change a tyre and only 28 per cent said they could change a plug.

But it appears the younger generation feel much more at home in the kitchen with over 70 per cent knowing how to bake a cake.

Those in the 25-34 age group fared marginally better but were similarly useless compared with older men.

Men aged 45 and older were much handier with "manly" jobs, with three-quarters of men over 55 knowing how to tackle more challenging tasks such as wallpapering.

Up in the Norf-ish bit of battered Blighty 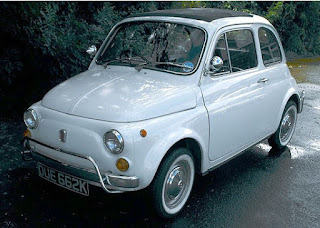 A 1971 Fiat 500 L once owned by Prime Minister David Cameron is being auctioned on November 17.
The fully restored car has been estimated at between £8,000 to £12,000 by Silverstone Auctions and will go under the hammer on November 17 at the Footman James Classic Motor Show at the NEC.
It was bought by pre-U-Turn Cam in 1998 as a surprise birthday present for his wife Samantha. The Cameron’s covered only about 1,000 miles in the 10 years that they owned the diminutive Fiat, which has a 499cc twin-cylinder engine.
The car comes with supporting paperwork confirming the prime Monster’s ownership, including a signed letter from him on House of Commons headed paper.


East to the dark continent and dahn to Sarf Africa 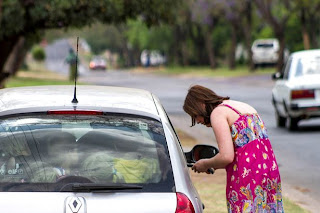 Nursery school teacher Melanie Minnie was pulled over by police in South Africa after they spotted her and more than a lot of kiddlies in her motor heading for a burger bar.
Officers found a total of nineteen passengers under the age of consent- Six children were found in the car’s boot, at least three were on the front seat and the remaining 10 piled into the back.
The toddlers were eventually removed from the car, all unharmed.
Ms Minnie told police she was in the process of ferrying a second car-load of youngsters back to the nursery.
Apparently, another 12 children had already been bundled into the Clio.
She was fined just over £100 after admitting she overloaded the motor for the bizarre trip

What a cupid stunt... 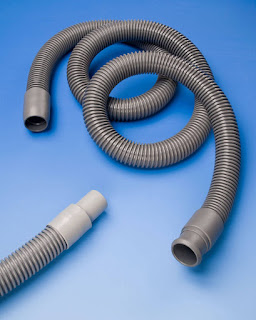 Welsh bachelor Gareth Lloyd, 49, has avoided a jail term after making nearly 6,000 phone calls in three months saying his manhood was stuck in household objects including a jam jar and a vacuum cleaner.
The court heard an extensive search was launched to track down the nuisance caller.
Lloyd, of Bryn y Coed, Holywell, made 5,800 calls from an unregistered pay-as-you-go mobile phone between February and April.
BT traced the number but police could not find him.
He was only caught when his number came up on another mobile phone police were analysing.
Lloyd admitted making calls which caused annoyance, inconvenience and needless anxiety, and making calls which were grossly offensive.
He was given a 12-month community order after pleading guilty to three charges under the Telecommunications Act.


That guy needs a proper hobby.... 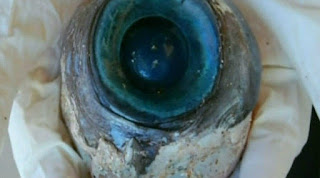 Word that a giant eyeball had washed up on a South Florida beach has created a buzz on the Internet and in the marine biology community.
The huge, blue eyeball may have come from a deep sea squid or a large sword fish, said Heather Bracken-Grissom, an assistant professor in the marine science program at Florida International University in Miami.
A man found the eyeball while taking a morning stroll along Pompano Beach just north of Fort Lauderdale. He contacted state wildlife officials, who took possession of the softball-sized eyeball.
Allegedly the eyeball's lens and pupil are similar in shape to that of a deep sea squid. She noted that a deep sea squid's eyeball can be as large as a soccer ball and can easily become dislodged.
The mystery likely won't be solved until testing on the eyeball is completed at the Florida Fish and Wildlife Research Institute in St. Petersburg.


From my old friend Bernard the news hound


Comes this interesting piece of info 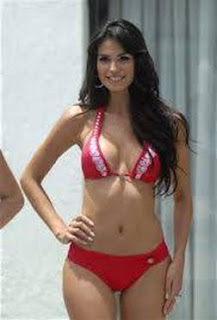 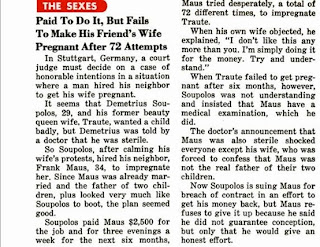 
That’s it: I’m orf to illuminate a manuscript

And today’s thought:
She can change my oil anytime she wants