Vast amounts of lack of warm, volumes of non atmospheric movement, very little solar activity and vadose precipitation of skywater at the Castle this morn.


After plastering over the whiplash marks on the master bedroom walls yestermorn I settled dahn with a nice cup of milky coffee to watch the lying, greedy, inept, brain dead CONTories (think I spelt that right, should there be a U in there somewhere?) on the TV.


And what should drop onto the portcullis welcome mat but this: 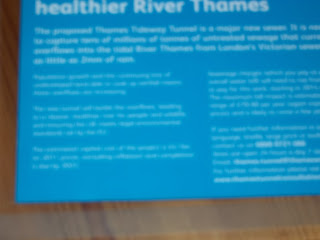 A missive from fucking Thames Water who want to build a ‘super sewer’ forty miles away from the Castle in the shitty Smoke to rid the big watery thing of floating human logs.
Fair enough I thought as fucking Thames Water somehow manage to treat the Castle’s nasty stuff, it was very nice of them to let me know.
Then I read on-“sewerage charges (which you pay as part of your overall water bill) will need to rise from current levels to pay for this work. It is estimated to be in the range of £70-80 per year).
Apparently “work is due to start in 2014 and finish in 2023 (har fucking har) and is “necessary” because the E-fucking-U has set new ‘legal environmental standards’


As stated the Castle is some forty miles from what is laughingly called the “Capitol” and even I won’t visit the shithole let alone send my turds there, and they want me to cough up £560-720 so that the eight million squatters in London can flush their toilets in line with fucking EU directives.
Apart from the fact that I can’t afford the money, and that I will probably be an ex-Angus by 2023 I lean towards the idea that those who actually live in Turdtown should pay for the ‘Super Shit Tunnel’ not those who reside in ANOTHER FUCKING COUNTY more that a marathon’s worth of mileage away.
Rant over-fucking Thames Water... 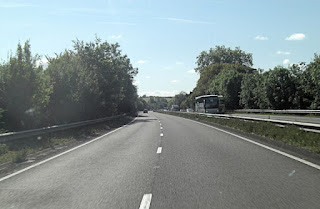 Apparently motorists are facing chaos today after a dramatic accident forced the closure of one of the south’s major roads.
The A34 has been closed in both directions after a car transporter being towed by a recovery truck broke free and smashed through the central reservation barrier.
The accident happened at Whitchurch just after 11pm last night also sent cars on the transporter spilling across the road.
As a result police have said that the road, which links the M3 with the Midlands will be closed for most of the day for repairs.
Diversions have been put in place but a police spokesman urged drivers to find alternative routes as the road is likely to remain closed for most of today to allow for repairs to the road surface and barriers.

Probably is a relief for those who have to go to the midlands...


Up a bit to another Shire 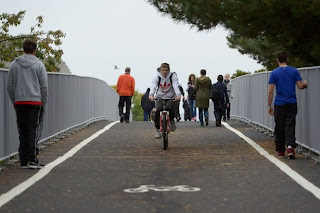 One cyclist enjoys tons of room to ride over the daftest footbridge crossing in Britain – while pedestrians struggle to stay close to the railings on either side.
Less than a foot has been left for pushchairs, wheelchairs and mobility scooters – and locals at Stevenage have protested to Hertfordshire Highways that it is impossible for many users not obstruct the cycle lane.
Salesman Luke Pygle, 26, said: “You would have to be pretty slim to walk within the lines.”
A highways spokesman said: “The lines are there to stop cyclists careering into railings.”
And they have promised to turn a blind eye to non-cyclists using the lane. 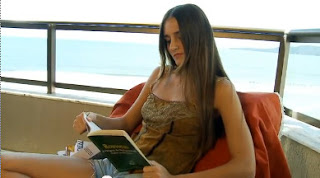 A Brazilian student is auctioning off her virginity to raise cash to build homes for poverty-stricken families.
Catarina Migliorini, 20, is set to plough the money into a fund to build modern houses for the needy in her home state of Santa Catarina.
Director Justin Sisely will record her emotions before and after her first sexual encounter. A male virgin called Alexander is also being followed.
Miss Migliorini will receive £12,500 and 90% of the final auction price, currently standing at £120,000, which ends on 15 October.
The encounter will take place on an airplane flying between Australia and the US, to circumvent prostitution laws.
The student will be followed every step of the way by an Australian film crew for a documentary film called Virgins Wanted.
She told Folha newspaper: "I saw this as a business. I have the opportunity to travel, to be part of a movie and get a bonus with it.
"If you only do it once in your life then you are not a prostitute, just like if you take one amazing photograph it does not automatically make you a photographer.
"The auction is just business, I'm a romantic girl at heart and believe in love. But this will make a big difference to my area."


Back in potty Blighty

Police have seized a giant marijuana plant from an elderly couple who unwittingly bought it at a car boot sale.
The couple were shocked to find that their carefully tended shrub was in fact a gigantic cannabis plant.
Police officers in Bedford said it was the biggest plant they had ever seen, reports the Daily Mail.
Bedfordshire Police took to Twitter to comment on their find and post a photo of the huge bush growing in the suburban garden.
The tweet from Bedford Borough's local policing team read: "Seized today. Elderly couple bought shrub at car boot sale, tended carefully.
Yeah right of course they did...


Left to the Home of snacks and the Land of infestations 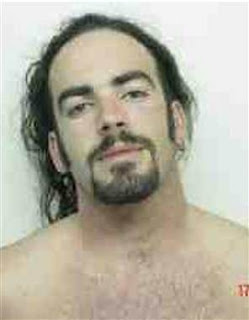 Edward Archbold won a giant cockroach eating contest and then dropped dead, according to the Broward Sheriff’s Office, Archbold, of West Palm Beach, and several other contestants signed up to eat a variety of insects at Ben Siegel Reptiles in Deerfield Beach. After eating dozens of giant cockroaches, Archbold was declared the winner of an ivory-ball python.
But after winning, Archbold felt sick and started vomiting. He then collapsed in the store and was later pronounced dead.
The medical examiner’s office is conducting tests to determine a cause of death. 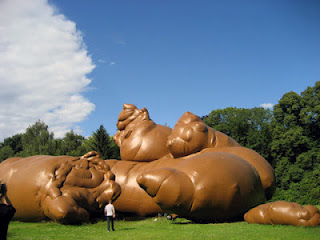 I DON’T BELIEVE IT! 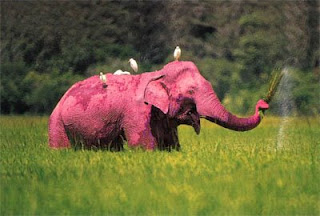 Back to normal today, the internet connection seems to be working, and the sun is shining.

Want to work? Get a grant-Ananova Two psychics have been given government funding to teach people how to "communicate with the dead "Paul and Deborah Rees have been awarded £4,500 under the Government's Want2Work job creation scheme, reports the Daily Telegraph.
The couple, from Bridgend, south Wales, will use it to instruct people on how to contact friends and relatives "on the other side".
The mediums insist the "mere £4,500" of public money will be put to good use at their centre, the Accolade Academy of Psychic and Mediumistic Studies.


Want to write? Pick the daftest title Ananova A book on the future of fromage frais pots has won the award for the strangest title of the year.

Previous winners of the annual prize, run by the Bookseller magazine, include How to S**t In The Woods: An Environmentally Sound Approach to a Lost Art, Bombproof Your Horse, and People Who Don't Know They're Dead: How They Attach Themselves To Unsuspecting Bystanders And What To Do About It.
Horace Bent, who runs the competition, said: "The fact that this book has been crowned the winner just goes to show how creative and diverse the publishing world is today. And, perhaps, how important a copy editor is."
No, it goes to show how inane the publishing world is.

Revenge is sweet Ananova - Clarkson loo clip is online hit Pranksters trapped the Top Gear presenter after spotting him entering the cubicle at the Mallorca Classic Car Rally.
They placed a stack of rubber tyres outside the door to prevent him from getting out, reports the Daily Telegraph.
On the YouTube film, Clarkson can be heard shouting and kicking the door from within as onlookers howl with laughter.
Eventually, the presenter topples the tyres and emerges looking rather embarrassed. The footage has attracted tens of thousands of views on YouTube
Clarkson was in Mallorca with his Top Gear co-hosts James May and Richard Hammond to film for a forthcoming episodes of the BBC show. http://www.youtube.com/watch?v=h6sPfX39hTI Morgan enjoyed it!

Pink Elephants: no a pink pub Pub landlord in the pink Pranksters turned up in the dead of night and painted the Prince of Wales, which was built in 1540, reports the Daily Mirror.
Now the traditional black and white inn, part of a row of historic Tudor buildings, is a vivid pink.
Landlord Les Smith, 52, said: "I haven't a clue who would do this or why. We closed the pub after midnight. Then I came round at about half eight in the morning and it was pink."
Mr Smith said the cleaner arrived for work at 7am and saw two men in overalls packing up their rollers but assumed they were working to order.
And he had to admit they had done a professional job - and had even submitted an invoice for their work.
A West Mercia Police spokesman said: "We are looking at CCTV footage."
Why? Do they want the nick done as well?

A US student who is auctioning her virginity to pay for her studies has seen bidding hit £2.5million. Ananova
Natalie Dylan, 22, is selling herself to fund her master's degree in Family and Marriage therapy.
She claims her offer of a one-night stand has persuaded 10,000 men to bid for sex with her.
Miss Dylan, from San Diego, California, USA, said she was persuaded to offer herself to the highest bidder after her sister Avia, 23, paid for her own degree after working as a prostitute for three weeks.

Angus Dei politico
NHS-THE OTHER SIDE
Posted by Angus Dei at 08:49 1 comments