Well, it didn’t end did it? Still here; or maybe Heaven looks just like the Castle, with a bit of rain thrown in.
I wonder how many gullible idiots blew their life savings yesterday.
And as its Sunday a bit of Spike. 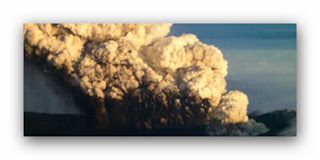 I see that up in Iceland Grimsvotn has started to erupt; Iceland's Isavia airport authority said a flight ban of 120 nautical miles had been imposed around the area. Last year's outpouring of ash from Eyjafjallajokull led to the largest closure of European airspace since World War II.
About 10 million travellers were affected and some questioned whether the shutdown was an over-reaction.
However, a scientific study published last month said the safety concerns had been well founded.
ot quite Armageddon. 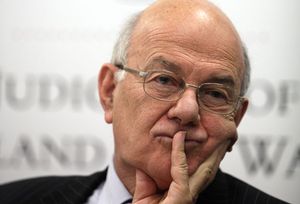 And according to Lord Judge, The Lord Chief Justice those who spread lies on the internet and paedophiles who circulate child pornography are fairly alike.
And reckons that ways should be found to prevent those "who in effect peddle lies about others" online to prevent the misuse of modern technology, just as ways had been found to stop the circulation of child pornography, or at least to "hunt down and prosecute" those responsible.
I wonder if that applies to lying, thieving politicians and Judges? 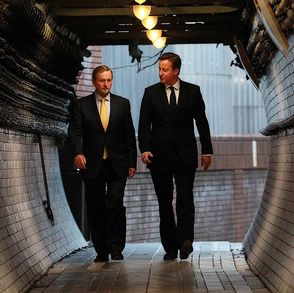 Allegedly a special six-pack of Guinness could be winging its way to Downing Street to commemorate David Cameron's visit to the famed brewery.
Taoiseach Enda Kenny, who accompanied the prime minister on the tour and will also get a sample, quipped whether it would be named the "Cameron Brew".
Doubt it; they could call it the Tossers Tipple though.
Iraq finally belongs to the Iraqis again 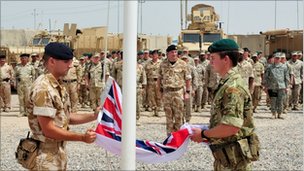 The UK's military operation in Iraq is to end within hours when the Royal Navy stops training Iraqi sailors.
Operation Telic, the name for the UK mission in Iraq since 2003, will finish but a handful of staff will remain at the British embassy in Baghdad.
At its peak the operation involved some 46,000 personnel.
Most UK forces withdrew in July 2009 from Basra, their main base, but 81 Navy trainers remained at the port of Umm Qasr.
The completion of the mission on Sunday comes eight years after Britain became involved in invading Iraq to remove Saddam Hussein.
Better late than never.
Dahn Unda 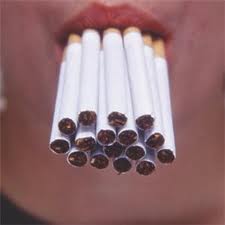 Health Minister Nicola Roxon has dismissed the idea of forcing smokers to apply for a licence to light up before eventually banning smoking altogether.
Anti-smoking campaigners have told Fairfax newspapers that a licensing scheme could pave the way for a smoking ban within 10 to 15 years.
But Ms Roxon said the government has no such plans. "It's not part of our policy," she told Network Ten.
"I certainly understand why public health advocates want to keep pushing the boundaries but we are already trying to break new ground."
The Gillard government wants to introduce world-first plain packaging for cigarettes from mid-2012.
Ms Roxon said Labour had a big fight on its hands on that front alone. She denied a smoking ban was the logical conclusion of government anti-smoking policies.
Funny that; “they” all want to stop smokers doing their thing, but are quite happy to take billions in taxes. And don’t forget if smoking is ever banned Dahn Unda or in Blighty the pompous, self righteous anti’s will have to make up the difference to the exchequer.
Back in our brown and cracked land. 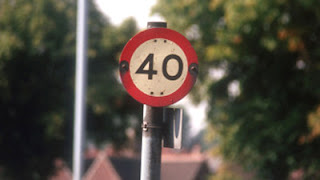 Hundreds of motorists were flashed by a speed camera after practical jokers erected a rogue 40mph speed limit sign in a 30mph zone.
Locals in Wyke, Bradford, said the camera had been flashing like a "disco strobe light" as motorists sped by at the wrong speed.
Highway chiefs condemned the prank as "crassly irresponsible", reports the Bradford Telegraph and Argus.
Bradford Council has now removed the sign, which it believes was installed several days ago.
Local resident Dave Clarke said: "People were coming at 30mph but this sign brought them back up to 40mph so people were picking their speed up and setting the flash off.
"Some evenings it's been like a strobe disco light. There have obviously been a lot of people who have been caught by it."
Council engineer Darren Badrock said: "The 40mph sign was not put up by the council and appears to have been placed there by a member of the public. We have now removed it.
He said anyone who received a fixed penalty notice as a result of the fake sign should contact the authorities.
Or maybe not send out any fixed penalty notices at all……
Right a fair few non metric units 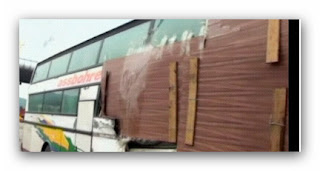 Traffic police in China were left stunned after intercepting a badly damaged coach - missing its front windscreen and held together with sticky tape and boards.
The dilapidated coach, which was supported in parts only by its original frame, was stopped at a toll booth in the country's Zhejiang Province.
Its driver had decided to take the battered vehicle hundreds of miles to his friend's maintenance depot to save money on repairs.
That didn’t work then……
And finally:
The truth is out 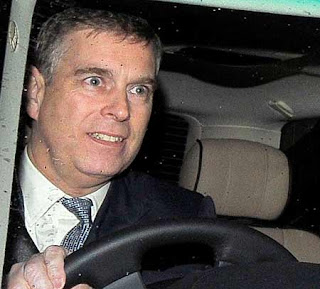 Fat, oldish plonker Prince Andrew is in love with Sakskiye Banyas.
‘Airmiles Andy’ likes to relieve stress with an ancient form of Central Asian herbal sauna known as a Sakskiye banya.
The steam baths are traditional among nomads, who beat each other with twigs and drink fermented horse milk during the sessions.
Prince Andrew’s love of the Banyas – the Russian word for saunas – was revealed by his close friend Goga Ashkenazi, the multi-millionaire socialite, in an interview with Russian television channel NTV.
She said: ‘He is especially in love with Sakskiye Banyas. We believe that these Banyas make you younger. I don’t know whether it is true or not, but Andrew believes in it, too. He is getting so many compliments after visiting these Banyas.’
That’s not working either, but his horse faced Daughter’s hat is now up to quite a lot on Ebay, still it is for charity…. 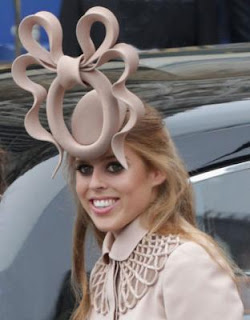 That’s it: I’m orf to join the fight against toxic caterpillars.
And today’s thought: "I was recently on a tour of Latin America, and the only regret I have was that I didn't study Latin harder in school so I could converse with those people." - Dan Quayle
Angus
Posted by Angus Dei at 07:40 4 comments