It was a bit of a strange day yesterday, the radiator is in the car which is good, the other odd thing is that Angus Dei on A&S received an extra 70 or so hits from all over the world, on one particular post Angus Dei on all and sundry: Domestic bliss, a copulating copper, Duh! Welsh whisky and another Numpty and one particular photo was very popular.

No complaints from me, but is this the baseline for my blog, this picture has been very popular for a while now, and I have posted it again for your perusal, I only check my hits once a week on Friday, but I may keep a closer eye on them from now on. 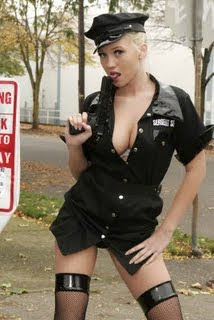 Anyway back to “business” 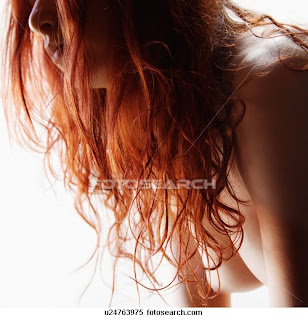 The organiser of the world's first event celebrating natural redheads has called on Scots to let down their hair.

Bert Rouwenhorst, the founder and organiser of the Roodharigendag (Redhead Day) in the Netherlands, welcomed less than a dozen Scots to the fifth annual event last week.
Mr Rouwenhorst, 38, told The Scotsman: "I would say to all the redheads in Scotland, come to Holland. You will be treated like a film star. "People cheer you as you walk down the streets and take your photograph. It is very good for the children, especially."One of the Scots who travelled to the event, Alan Petrie, from Aberdeen, said: "I came here because I wanted to see if people with red hair would like to meet each other – we could take that back home and see if it worked on a more local level. I think redheads do enjoy being together and not being the odd one out. 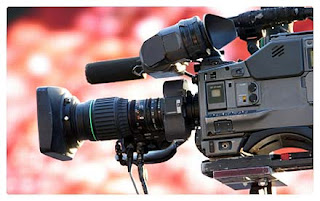 Turkish military police said Thursday that they had stormed an Istanbul villa to rescue nine women held captive after being tricked into believing they were reality show contestants.
The women were rescued on Monday in the villa in Riva, a summer resort on the outskirts of Istanbul, a spokesman for the military police in the region who carried out the raid told The Associated Press. He spoke on condition of anonymity because he was not authorized to give details of the raid to the media. He said the women were held captive for around two months but refused to provide further details.
The women were made to believe they were being filmed for a Big Brother-type television show, the private Dogan news agency and other news reports said, without citing sources. Instead, their naked images were sold on the Internet, the reports said.
The women had responded to an ad searching for contestants for a reality show that would be aired on a major Turkish television station, Dogan said. The nine, including a teenager, were selected among several applicants following an interview, it said.
They were made to sign a contract that stipulated that they could have no contact with their families or the outside world and would have to pay a 50,000 Turkish Lira fine (US$33,000; C23,000) if they left the show before two months, the agency reported.
Dogan and HaberTurk said the women soon realized they were being duped and asked to leave the villa.
The women were told they could not leave unless they paid the fine and those who insisted were threatened, Dogan said.
HaberTurk said the girls were models from in the Mediterranean resort of Antalya and the Aegean port city of Izmir.
“We were not after the money but we thought our daughter could have the chance of becoming famous if she took part in the contest,” the newspaper quoted one of the women’s mother as saying. The paper identified her only by her first name, Remziye. “But they have duped us all.”
She said the women were not abused or harassed sexually.
They were told however, to fight each other, to wear bikinis and dance by villa’s pool, the paper quoted the mother as saying.
HaberTurk said police detained four people who lived with the women at the villa at all times. They were released from custody pending the outcome of a trial, the report said. Their identities were not released and it was not know what the charges were.
HaberTurk said police were still looking for the gang’s leader who sold images of the women on the internet, according to the report.
Police refused to comment on the suspects or the charges brought.
The “Big Brother” TV show, which is called “Someone is Watching Us” in Turkish, confines a group of people to a house under the constant gaze of cameras. Contestants are evicted one by one from the house.

It all seems a bit pervy to me, but what were the parents thinking of?
Bad wind break 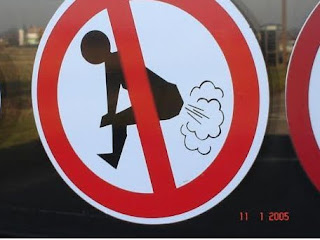 An Austrian man has been fined £45 for breaking wind while he was being questioned by police officers.
Police in Graz said the laughter of passers-by humiliated them, giving them grounds to book Hansi Sporer, 20, under local anti police abuse laws.
"This was no accident. He clearly intended to make a laughing stock out of the officers and deserved what he got," said one police source.
The Safety and Security Act allows police to issue instant fines to people who insult or attack them.
Lawyers for Sporer, from Frohnleiten, near Graz, argued that his outburst had been accidental.
"This was an abuse of a serious law intended to protect police officers from serious attacks by members of the public not some trivial incident.”In the end Mr Sporer decided it was easier and cheaper to pay the fine than it would be to fight it."

Well at least he didn’t “follow through”, wonder what the fine for that would be.
Big Brother again 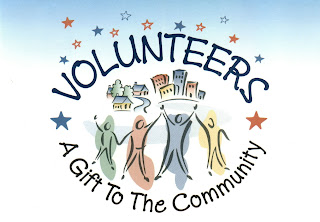 Parents who regularly ferry groups of children on behalf of sports or social clubs such as the Cub Scouts will have to undergo criminal record checks - or face fines of up to £5,000, it has been disclosed.
They will fall under the scope of the Government's new Vetting and Barring Scheme, which is aimed at stopping paedophiles getting access to children.
Failure to register with the Independent Safeguarding Authority, the Home Office agency which administers the scheme, could lead to criminal prosecution and a court fine.
The clubs themselves face fines of £5,000 if they use volunteers who have not been cleared.
Parents who host foreign pupils as part of school exchange trips will also have to be vetted.
A total of 11.3 million people in England, Wales and Northern Ireland are expected to register with the ISA.
All 300,000 school governors, as well as every doctor, nurse, teacher, dentist and prison officer will also have to register because they come into contact with children or "vulnerable" adults at work.
The scheme was recommended by the Bichard report into the Soham murders of Holly Wells and Jessica Chapman by the caretaker at their school, Ian Huntley.
Huntley was given the job despite allegations of sex with underage girls in his past, which were not passed on.
It will be the biggest of its kind anywhere in the world and involve unprecedented delving into the subject's personal and employment history.
Two hundred case workers based at the ISA in Darlington will collect information passed to them by the police, professional bodies and employers and rule on who is barred.

Taking the piss or what? Watch the numbers of volunteers plummet, which will help everyone won’t it. 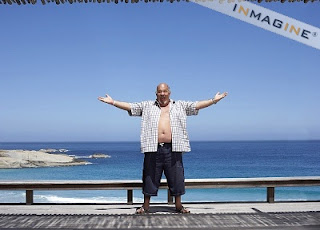 From across the water.
A pizza shop must pay for a 340-pound employee's weight-loss surgery to ensure the success of another operation for a back injury he suffered at work, an Indiana court has ruled.
The decision in the Indiana Court of Appeals, coupled with a recent Oregon court ruling, has raised fears that employers might think twice before hiring workers with health conditions that might cost their companies thousands of dollars down the road.
"This kind of situation will happen again ... and employers are undoubtedly worried about that," said Lewis Maltby, president of the National Workrights Institute in Princeton, New Jersey, an offshoot of the American Civil Liberties Union.
Boston's The Gourmet Pizza must pay for lap-band surgery for Adam Childers, a cook at the store in Schererville, under last month's Indiana ruling that upheld a 4-3 decision by the state's workers' compensation board.
Mr Childers, who was then 25, weighed 340 pounds in March 2007 when he was accidentally struck in the back by a freezer door. Doctors said he needed surgery to ease his severe pain, but that the operation would do him no good unless he first had surgery to reduce his weight, which rose to 380 pounds after the accident.
His employers agreed to pay for the back surgery, but argued they were not obligated to pay for a weight-loss operation that could cost up to $25,000 (£15,000), because Mr Childers was already obese before he was hurt.
The board and the court, however, said the surgery - and disability payments while Mr Childers was unable to work - were covered because his weight and the accident had combined to create a single injury.
They said Boston's didn't present any evidence that his weight had been a medical problem before the accident.
Boston's attorney, Kevin Kearney of South Bend, said the company has asked the court to hear the case again. He declined to comment further. The Dallas-based company, which has more than 50 franchise stores in 25 states, also declined to comment on Wednesday.

I am off to have a nice hot bath, to ease the pain in my poor old body.