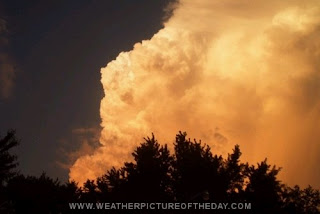 Apparently there is a weather warning for the country, yes we will have weather all day.


Why it doesn’t pay to annoy your kids: 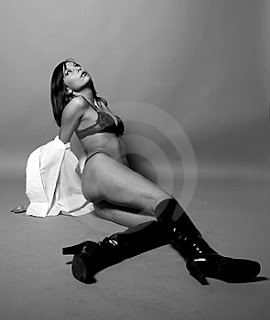 Down under in New Zealand an 18 year old tried to sell some nude photos of his mum on the Trade Me site after a row with his mater.

Trade Me pulled the auction the next day, but the student, identified only as Michael, was soon back trying to sell a series of eight-year-old "glamour" shots of his mother, including one of her in underwear.

His mother Jennifer, 44, who did not want the family name published, told the paper she was "pretty annoyed" when she found out about the first set of photographs.

"He was quite naughty... I thought 'you cheeky little git'," she said.

But she was also annoyed that Trade Me withdrew the second set of pictures, of which she approved.

"I insisted Michael show me first, the little bugger. They are quite artistic. There is nothing dodgy about them."

"I wanted 50 per cent of the sale, but more than that I miss the nice comments."

Trade Me spokesman Jon Macdonald said both auctions were withdrawn because of "inappropriate" photos.

"We don't really want to be the place where people list photos of their mums in their underwear," he said.


Fancy a job, know what I mean. 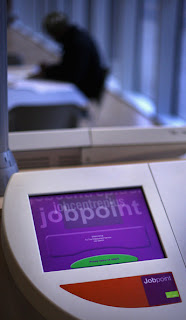 The Job Centre has advertised a job for a host of a pornographic television channel.

The ad states that the successful candidate would be required to work 'semi-nude' and that the job 'may cause embarrassment to some people', although it pays £220 per shift.

The winning applicant will work three days a week from 9pm until 5am but will have no pension entitlement.

"Duties involve explicit sexual dialogue which may cause embarrassment to some people.
"The successful applicant (will be) required to be semi-nude.

"Duties will involve working on a well known adult TV channel which may cause embarrassment to some people.

"Must have good spoken communication skills as will be taking calls from the general public live on air."

The ad for the London-based job also states that applicants have to be aged over 18 and adds:

"There is no obligation to consider making an application for this vacancy."

Revolver Models, which placed the ad, said that applications had to go through the Jobcentre, but said the applicant did not have to send photos of themselves to the company.

He said: "We are looking for a male or a female to take this role."

The firm's website also states that 'TV work is now available', adding: "Do you love to perform in front of a TV camera? Are you looking for a well paid job? Are you comfortable with nudity?

"If the answer is yes to all of the above then contact us for more details (no sex involved)."

A spokesman for the Department for Work and Pensions said: "The Jobcentre Plus has a duty to advertise any legal job."

Wonder how many applicants they get?

Japan has a problem; the new hybrid cars that are vomiting forth from the factories could be dangerous, because they are too quiet.

The silent hum of hybrid petrol-electric vehicles, which recently became number one best-selling cars in Japan, has been deemed dangerous to pedestrians, in particular the visually impaired.

When switched from fuel to battery mode, the vehicles make a barely perceptible noise, prompting campaigners to urge the installation of noise devices to prevent accidents.

A new government panel of scholars, consumers, police, vision-impaired groups and automobile industry leaders has been formed in Japan to discuss whether the eco-friendly cars should be installed with compulsory noise-making devices.

"We have received opinions from automobile users and vision-impaired people that they feel hybrid vehicles are dangerous," said a transport ministry official.

"Blind people depend on sounds when they walk, but there are no engine sounds from hybrid vehicles when running at low speed" and on the electric motor, he added.

A report will be drawn up by the panel by the end of the year and their proposals discussed at the Transport Ministry's committee on automobile safety before it is drafted into legislation.

Maybe they could be like ice cream vans, and you could pick your own tune. 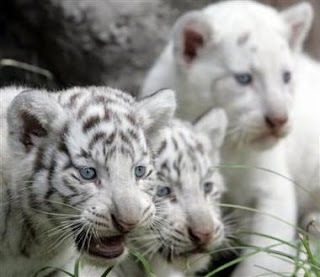 A snow white Bengal tiger has become the first of its kind to exist in the wild today after being born without stripes.
The tiger, which has been named Fareeda, was born to two white Bengal tigers. However, while Fareeda's brother Shahir and sister Sitarah all bear the typical black tiger stripes, Fareeda is a one in a hundred chance of being born without.
Odette Claassen, 52, from Cango Wildlife Ranch, said the keepers had to wait six months before they could be sure Fareeda definitely did not have stripes.
She said: "Some cubs develop stripes in their first few months but after six months it's clear that Fareeda is truly one of the rarest of her kind.
"She has a lovely nature and loves playing with her brothers and sisters, although she has nipped me a few times when she wants a feed.”