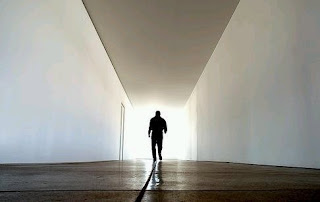 Saturday again, and I am sick of the Jacko hype, the man was an exceptional entertainer, but lacked something as a person, yes he had a strange childhood and yes it probably affected his adult life, but there are millions of others who are in the same position.

And with all his money he had the chance to change, he could afford to have just walked away, many can’t. 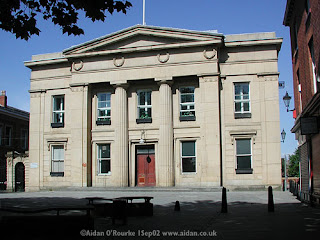 Councils make me sick well, not me personally but workers, Council workers are taking nearly twice as many sick days as private sector employees, according to a study.

The 'sick note' culture in the public sector is costing taxpayers £4billion a year.
On average local authority employees take 13.5 sick days each year, compared with 7.9 days in the private sector.

The study of council 'sickies' was conducted by the Benenden Healthcare Society, which provides healthcare to council workers, and the Society of Local Authority Chief Executives.

It found that sickness absence could easily be cut by 20 per cent, saving £800million a year of public money if councils did more to tackle rampant absenteeism.
But a poll of council executives found that only 9 per cent of senior managers in local councils regard absence through sickness and faked illness as a major issue that they need to tackle. Some 84 per cent of them leave it for workers' line managers to handle.

The buggers should think themselves lucky to have a job without taking the piss. 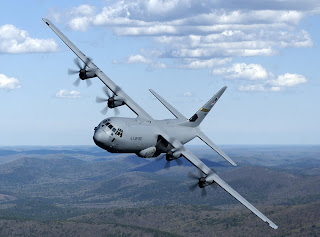 No planes for Paras it seems that the iraq war has led to a shortage of Hercules transport planes for paras to jump out of.

When the Iraq war began in 2003 the Armed Forces had 51 Hercules available, but four have been shot down or destroyed in Iraq and Afghanistan and at least nine have had to be retired due to the intense workload. The remaining fleet is working flat out to support operations abroad.
In some units barely half the Paras are certified to jump - with hundreds unable to earn their wings or maintain their skills once qualified.
Recruits must complete a course of at least six jumps - culminating in a massed low-level jump from a Hercules at night, wearing full kit - plus two more with their unit to gain their coveted 'wings' badge and become fully-fledged Paras.
After that they cease to be operationally deployable unless they can jump twice a year.
Many have already lost their entitlement to specialist pay of £5 pay per day because they have failed to jump at all for two years.
Recent figures have shown just 55 per cent of soldiers in the 3rd Battalion The Parachute Regiment are certified to jump.
With senior officers in uproar, the MoD has finally admitted the scale of the problem and agreed to hire a fleet of much smaller civilian Skyvan aircraft - normally used for amateur skydiving flights.

I bet there is money for the top brass to travel about in chauffer driven cars though. 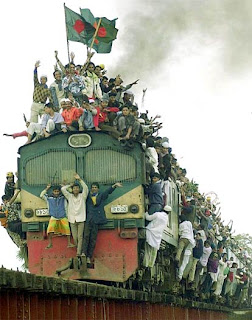 Train late? Not to worry, have a bonus Rail bosses are paying themselves £1.2million in bonuses despite presiding over chronic delays.
Iain Coucher, chief executive of Network Rail, picked up a £150,000 bonanza, taking his pay package to nearly £1million. One of five other bosses cashing in received £319,000.
Critics said the board members were riding a taxpayer-funded 'gravy train'. Network Rail was also accused of trying to play down the payments by making them public when Michael Jackson's death was dominating the headlines.
The announcement came after the company's bosses were lambasted for failing to deliver a good service on the flagship West Coast main line between London and Scotland.
The bonuses, which are decided by Network Rail's remuneration committee, were released with the publication of its annual report.
Gerry Doherty, leader of the TSSA union, said: 'Iain Coucher and his cronies win the Brass Neck of the Year award for taking these completely unjustified bonuses.
'They are treating passengers and ministers with contempt. And their cynicism in trying to bury bad news on the day of Michael Jackson's sad death is truly breathtaking.'
The six top directors paid themselves £1.21million in bonuses on top of salaries worth a combined £2.5million. They also topped up their pension pots with £378,000 of supplementary payments and £295,000 in other benefits.
Mr Coucher, 47, has waived his annual bonus but gets his £150,000 as part of a three-year rolling incentive plan.
Ron Henderson, who retired as finance director in April, received an annual bonus of £207,000 plus £112,000 under the three-year plan.
Robin Gisby, director of operations and customer services, took an annual bonus of £81,000 plus £58,000 as his long-term bonus.
Chairman Sir Ian McAllister, who does not receive a bonus but does enjoy a £265,000 salary, said Network Rail could look back at its recent record with pride. Bonuses shared around the firm came to £32million.

Yep, privatisation really has made a difference, for the bosses. 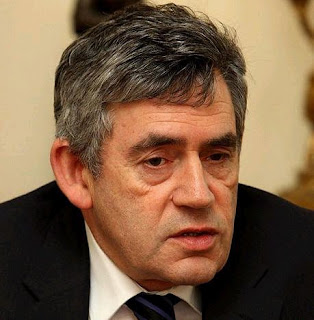 Gordo really has lost it he believes that a swift economic recovery, coupled with the promise to put power in the hands of the voter, will restore Labour's fortunes in time for a general election expected next spring.
The Government's draft legislative programme, to be unveiled on Monday, is expected to include plans to give patients, parents and residents more personalised services, along with greater powers of redress if public bodies fall short.
The proposals set out in the document Building Britain's Future will foreshadow legislation in the Queen's Speech this autumn and can be expected to influence Labour's manifesto for the election.
Yeah, and I believe in fairies, but then I don’t “run” the country. 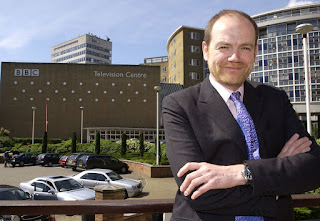 BBC boss thinks that expenses are fair and reasonable Mark Thompson, the director-general of the BBC, has defended the high salaries and lavish expense accounts enjoyed by the corporation's most senior executives.

Mr Thompson insisted that all of the expenses claims made by staff – including nights at five-star hotels, bottles of champagne and flights in private planes – were "reasonable and justified".
The figures showed that the BBC's 50 highest-paid executives earned as much as £13.6million last year, with 27 paid more than the Prime Minister.
In addition, they spent tens of thousands of pounds' worth of public money on entertaining each other, staying at top hotels around the world and showering gifts on actors and other employees.
One executive sent a £100 bouquet of flowers to Jonathan Ross, while another spent £1,137.55 on a dinner to mark Sir Terry Wogan's knighthood.
But Mr Thompson, whose basic salary is £647,000, said: "Every one of these expenses in my view was reasonable and was justified.
"This is an organisation with a turnover over £4.5billion and this is a few hundred thousand pounds of expenses.
He spent £2,236.90 of licence fee payers' money to fly his family home from a holiday in Sicily when he had to return to deal with the row triggered by the lewd messages left by Ross and Russell Brand on the answering machine of Andrew Sachs.
"I took the car, drove 150 miles to the airport, abandoning my family without a car in a hotel in Sicily. I think, rather understandably, they felt that, given the circumstances, they should come back too," Mr Thompson said
He claimed BBC managers earn far less than they would in the private sector, and said it was right that the multi-million pound salaries of star presenters remained secret, otherwise there would be a "talent drain" to other channels.

Simple answer; bugger off to the private sector if you want more money, don’t insult the license fee payers by wasting our money on yourselves.