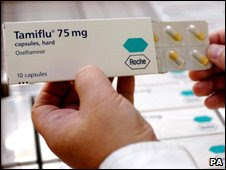 It’s OK; whoever took the Sun yesterday has returned it, so all is well in the Angus garden.

I see that the BBC has an article about Swine Flu (now there’s a surprise), the WHO (World Health Organisation, not the group) has said healthy patients who catch swine flu do not need to be treated with Tamiflu.

Antiviral drugs should be used in patients who are severely ill or those in high-risk groups including the under fives and pregnant women, it said.

The cost of the drug and the potential for resistance were taken into account by the expert panel.

But the UK government said it was taking a "safety first" approach by offering anti-virals to everyone.

A spokesman for the Department of Health said they would keep the policy under review.

The UK has stockpiled enough antivirals - the mainstay of treatment until a vaccine becomes available - to cover half the population.

They are being offered in England to anyone who has the symptoms of swine flu - in many cases through the national pandemic flu helpline.

In the last week almost 46,000 courses of antivirals were handed out in England.

It is not the first time prescribing of antiviral drugs has come under scrutiny.

Earlier this month research suggested that the drugs should not be used in children because they rarely prevent complications but yet carry side effects.


Well, I suppose the Gov has to use up the Tamiflu they (we) have paid for especially since it is nearing it’s sell by date. 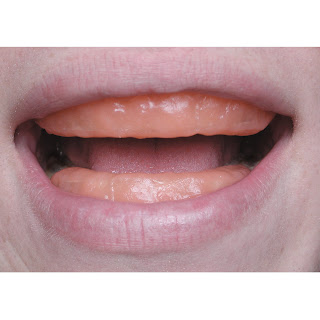 Elizabeth Smith went to a dental clinic in South Carolina to have three teeth pulled, sadly the Dentist got carried away and removed all sixteen teeth from her upper jaw; thirteen too many.

She sued (of course) and was awarded $2 million ($153,000 per tooth), One of Smith's lawyers, Robert Ransom, said the woman plans to have restorative surgery as soon as possible.

That's estimated to cost about $80,000.Clinic attorney Saunders Bridges said he is considering an appeal.

Couple of points: why didn’t the dentist notice, and more importantly why didn’t Ms Smith notice after number four? 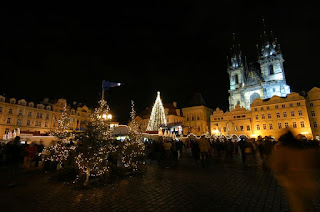 Apparently it is December in Rochdale; it must be because the Council are putting up the Christmas decorations, including light decorations of traditional Christmas symbols, a giant Noel sign and Santa Claus, plus a penguin on skis.

But the council say the lights have gone up early to celebrate festivals for other faiths including the Hindu festival of Diwali in October and the Muslim festival of Eid, starting on September 20.
A spokesman for the council said: 'We're getting into the festive spirit early this year!

'Festive lights will be installed across the borough by October 19 and the work is under way now.
'These lights will be used to celebrate a number of festivals, commencing with Eid next month.'

Interesting that, I didn’t know that Diwali and Eid included the religious symbols of Santa Claus and a skiing penguin.

Numptys of the first order. 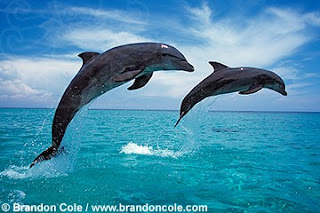 Amazing isn’t it, when you spill water onto a concrete floor it becomes slippery, especially when Dolphins are involved.

A woman is suing a Chicago-area zoo for a 2008 fall near a dolphin exhibit, accusing zookeepers of encouraging the mammals to splash water and then failing to protect spectators from wet surfaces, local media reported on Thursday.

In her suit filed earlier this week, Allecyn Edwards said she was injured while walking near an exhibit at Brookfield Zoo, where a group of Atlantic bottlenose dolphins were performing, media said.

Officials "recklessly and wilfully trained and encouraged the dolphins to throw water at the spectators in the stands, making the floor wet and slippery," but failed to post warning signs or lay down protective mats or strips, the suit said, according to the reports.

Edwards is demanding more than $50,000 for lost wages, medical expenses and emotional trauma from the Chicago Zoological Society and the Forest Preserve District of Cook County, which operate the zoo in Chicago's southwest suburbs.

The suit was filed in Illinois' Circuit Court of Cook County. 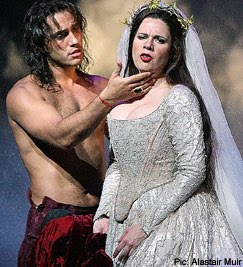 Puerto Rican opera singer Ana Maria Martinez has been taken to hospital after falling into the orchestra pit at Glyndebourne, a spokeswoman for the British festival said.

The award-winning soprano sustained minor injuries in the accident while playing the title role in Rusalka at the major opera festival in Sussex, southern England.

She was discharged after being checked by an orthopaedic surgeon.

"The performance of Rusalka was stopped just before the end of Act Onefollowing an accident on the stage involving Ana Maria Martinez," the spokeswoman said
"Ms Martinez fell into the orchestra pit. Despite Ana Maria wanting to continue with the performance, she was immediately taken to hospital as a precautionary measure.

Martinez was "a little bruised" but "fine" and was sent home to recover, the spokeswoman added.

Fortunately, no-one else was hurt in the incident.

In her next scheduled appearance following Glyndebourne, Martinez is due to perform in concert with Domingo in Caracas on September 2, followed by dates in Colombia and Peru.

Wearing a parachute I presume. 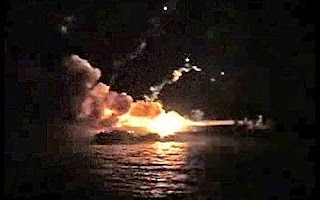 175,000 spectators turned out in Bournemouth to watch the world record-breaking fireworks display, tourism bosses boasted that the launch of 110,000 fireworks along the shoreline of the coastal town would be visible from outer space.

Sadly Sod’s law intervened and the display, scheduled to last for a minute, fizzled out after just six-and-a-half seconds and ended with the launch barge catching fire. The ‘Roar on the Shore’ event was quickly dubbed ‘Bore on the Shore’.

“It was very disappointing - not so much a roar as a growl,” said Ruth Downing, a local resident. “We thought it would be rockets exploding in the sky in this amazing fireworks display, but instead if you blinked you would have missed it.

It was just a big bang, a blinding flash and then flames. That was probably the most exciting bit because it looked like the barge was on fire.”

The company behind the display blamed the weather. Jon Culverhouse, managing director of Fantastic Fireworks, said technicians had fused the rockets to explode quickly because rain was forecast, but did not foresee them going off quite so fast. “It was always our aim to get the rockets up in the shortest possible time in order to claim the record but we didn’t expect them to go up in 6.5 seconds.”

A spokesman for Bournemouth Tourism said the event had attracted the biggest crowd to the town’s seafront in more than 15 years. “It didn’t meet everybody’s expectations, which is unfortunate.

But the good news is that the display succeeded in breaking the record for the most fireworks set off in under 60 seconds.

Sorry about the formatting errors but blogger seems to be on holiday today.