Don’t have a clue about the weather this morn it is too dark to see, but at least all the posturing and “honesty” is over with in the conference season.

The new template is up and sort of working, any comments gratefully received, still plenty of farting about to do. 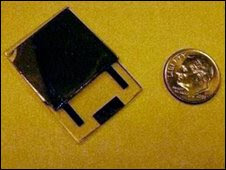 Batteries in general are a pain in the arse, they need replacing or recharging at regular intervals, but there is hope-Researchers have demonstrated a penny-sized "nuclear battery" that produces energy from the decay of radioisotopes.

As radioactive substances decay, they release charged particles that when properly harvested can create an electrical current.

Nuclear batteries have been in use for military and aerospace applications, but are typically far larger.

The University of Missouri team says that the batteries hold a million times as much charge as standard batteries.

They have developed it in an attempt to scale down power sources for the tiny devices that fall under the category of micro- and nano-electromechanical systems (Mems and Nems).

Nuclear batteries are an attractive proposition for many applications because the isotopes that power them can provide a useful amount of current for phenomenally long times - up to hundreds of years or more.

As a result, they have seen use in spacecraft that are fired far off into the cosmos. But for applications here on Earth, their size has limited their use.

The Missouri team, led by Jae Wan Kwon, employed a liquid semiconductor to capture and utilise the decay particles.

This means that to build a battery that can last as long as the isotope inside, they must be built larger.

The team's solution incorporates a liquid semiconductor, in which the particles can pass without causing damage. They are now working to further miniaturise the batteries.


Or not as the case may be. 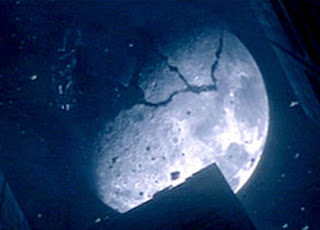 NASA is set to crash two unmanned spacecraft into the Moon in a bid to detect the presence of water-ice.

A 2,200kg rocket stage will be first to collide, hurling debris high above the lunar surface.

A second spacecraft packed with science instruments will analyse the contents of this dusty cloud before meeting a similar fate.

The identification of water-ice in the impact plume would be a major discovery, scientists say.

Not least because a supply of water on the Moon would be a vital resource for future human exploration.

There are two main components: the large Centaur rocket upper stage and a smaller "shepherding spacecraft".

These have been connected since they were launched from Cape Canaveral, Florida, in June.

The shepherding spacecraft is designed to guide the rocket to its target at the Moon's South Pole, a shaded 100km-wide depression called Cabeus crater.

Professional astronomers will study the impacts using ground-based telescopes, including the Magdalena Ridge and Apache Ridge Observatories in New Mexico, US, and the MMT Observatory in Arizona.

The Centaur impact plume might be visible through amateur-class telescopes with apertures as small as 10 to 12 inches, mission scientists said.

Earth-orbiting satellites are also geared up to observe the collisions, including the Hubble Space Telescope; and the Odin satellite, an astronomy and aeronomy mission led by Sweden.

So: If we can do this sort of thing, how come it takes four bleedin weeks to get a birthday card from London to Hampshire?
Going green costs

It will cost £16 billion to make homes in Scotland energy- efficient over the next decade, according to a new report.


The Scottish Government's new action plan on energy efficiency, published yesterday, revealed the price of steps such as improving insulation and replacing inefficient boilers. It is estimated that this would cost £7,000 per home – a total of £16 billion.

The figure, in "A Consultation on the Energy Efficiency Action Plan for Scotland" came as finance secretary John Swinney announced a £2 million pilot loans scheme to help pay for home- efficiency measures. The cash is aimed at helping to cut carbon emissions from homes by 42 per cent by 2020. Interest-free loans of between £500 and £10,000 will be available.

Mr Swinney said: "The new scheme will provide practical measures that can make the quickest impacts – interest-free loans to upgrade insulation, replace inefficient boilers or install double glazing or small-scale renewables."
Elizabeth Leighton, senior policy officer at WWF Scotland, said: “Scotland’s homes account for a third of all greenhouse gas emissions. Therefore making them low-carbon is key to Scotland achieving its 42 per cent reduction in carbon emissions by 2020.
"Improving home energy efficiency is a win for not only for carbon savings but for lifting people out of fuel poverty and creating thousands of green jobs. 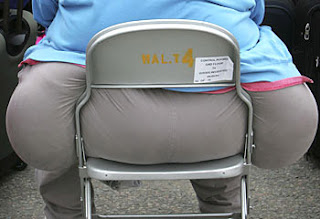 Smelly people, fat people and people who cough and sneeze are the most disliked passengers to be seated next to on an airplane, according to a survey.

Almost half of the people polled by website Travelocity said passengers with poor hygiene are the worst, while 30 per cent dislike people who cough and sneeze and 15 per cent don't like sitting next to fat passengers.

Almost two thirds of people said seat-kicking was the rudest behaviour displayed by passengers, followed by loud talking or swearing and reclining the seat all the way back.

Bringing larger than allowed carry-on luggage was deemed the most annoying thing a passenger could do when boarding, while people rushing to get off a plane was the worst thing passengers could do when exiting.

The online poll of 1,592 Americans and Canadians was conducted between July 29 and August 10.

And finally:
What gets up your nose? 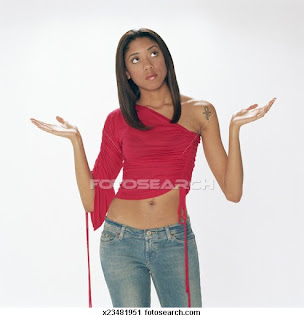 "Whatever" has been voted the most annoying word in American English. The comment, popularised by sullen teens, was judged more grating than "anyway" and less tolerable than phrases including "it is what it is" and "you know".

"The impetus of this poll was a casual conversation where we started discussing those words that get on your nerves. You hear them over and over again," explained Mary Azzoli, director of media for Marist, a US college which conducted the research among 938 adults.

Nearly 50 per cent of people questioned said "whatever" was the word that bothered them the most. It was the most irritating word in all regions of the country, and among sexes, all age groups, educational levels and income brackets.

"It is used so often in terms of casual conversation. Also, when you think of the meaning behind it, it is often a way to dismiss someone. It is irritating in that regard. It is much more off-putting compared to any of the other statement we asked," she added.

A quarter of people selected "you know" as the phrase they would like to ban most from the English language. Eleven per cent simply could not tolerate "it is what it is," while seven per cent found "anyway" irksome.


"At the end of the day", notorious in Britain as a cliché employed by footballers also made an appearance in the list, although it attracted just two per cent of the vote.

"In order to be a good conversationalist, the key is to always be aware of what you are saying and maybe to do a little research about which words are overused," Miss Azzoli added.