Vast amounts of solar stuff, not a sniff of atmospheric movement, more than a mass of lack of warm stuff and even less wet stuff at the Castle this morn.
Very late this Tuesday, it seems that the skywater during the dark thing has infiltrated the subterranean BT lines yet again and caused the interweb thingy to go part time.

I see that the Paralympics “sponsor” ATOS is going to check its spelling and grammar after it lied to a claimant with depression saying that “assessors were not required to be specifically trained in mental health.
Ms Whitwell has social anxiety disorder and depression, but was declared fit to work following a medical assessment last year. The decision was later overturned by an appeals tribunal.
In June, she was asked to attend another assessment to see whether her condition had changed.
Ms Whitwell said she had a panic attack, in part because she said the assessor did not know anything about depression, and complained to Atos over the incident earlier this month.
In the reply on 13 August, seen by BBC News, an Atos customer relations manager explained there was no requirement for assessors to be specifically trained in mental health.
However, an Atos spokeswoman has now said this comment was "mistaken", insisting that all assessors do have specific mental health training.
But Ms Whitwell said Atos had made a terrible mistake and was now trying desperately to backtrack.
"The person who did my last two medicals was stated as a registered nurse. She clearly didn't have any mental health training," she said.
"The [Department for Work and Pensions] may as well have got a decision from a dentist."
The Department for Work and Pensions and Atos said they were working with disability groups to improve the medical tests, known as the Work Capability Assessment, and had recruited 60 "mental function champions" to give advice to the doctors and nurses carrying out the tests.
You pays our money and gets dickheads and no mate’s medics earning a lot on the side... 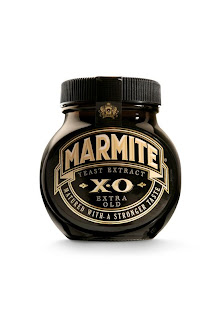 Marmite could be the key to beating killer superbugs, according to new research.
An ingredient in the savoury spread could help doctors defeat potential killers such as MRSA by massively boosting the body’s defences against the deadly bacteria.

Scientists have found that high doses of niacin or vitamin B3, which Marmite is especially rich in, can bolster the body against the deadlier strains of the staphylococcus bacteria.

In tests, the immune system’s ability to defend itself against different strains of deadly bugs increased up to1,000 times. The discovery will help in the battle against growing numbers of antibioticresistant superbugs which pose a major threat in hospitals.
But to provide the benefits seen in the study, much higher B3 concentrations would be needed than can be obtained from a regular dose of the yeast extract spread. 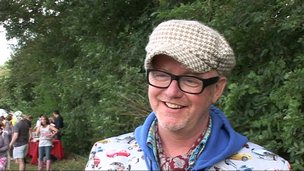 A weekend car and music festival hosted by DJ Chris Evans has helped raise at least £750,000 for Children in Need.
About 15,000 people attended CarFest at Laverstoke Park Farm in Overton on an estate owned by former F1 World Champion Jody Scheckter.
The Radio 2 breakfast show presenter said the event, and one planned for Cheshire in September, had so far raised about £750,000.
"The best way of raising money is by having fun," he said.
The event combined live music with food and car attractions, with profits going to the BBC's Children in Need appeal.
Bands Texas and Razorlight headlined the event.
A CarFest North event is being held at Cholmondeley Castle in Cheshire on the weekend of 8-9 September.

Personally I don’t like copper knob Evans but nice one Chris... 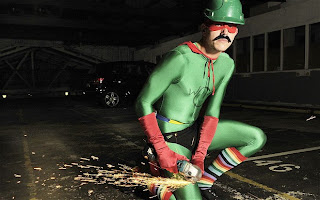 A mystery man with a Zapata moustache uses an angle grinder to remove the wheel clamps and save motorists a $135 (£88) release fee.
In return, he asks for a small donation which he reportedly gives to the homeless.
However, the motorists’ superhero, known as Wheel Clamp Man, has been described as a menace by police.
Wheel Clamp Man has reportedly been helping forlorn motorists for several weeks in Perth, Western Australia. He was tracked down by a weekend newspaper, but refused to disclose his name and said he was inspired by England’s Angle-grinder Man, who wore a blue leotard and removed clamps in London and Kent almost a decade ago. He wore the costume to avoid being filmed on closed circuit cameras and asked drivers before removing the metal restraints.
“I’m helping people out,” he told Perth’s Sunday Times newspaper. “I don’t feel I’m damaging property. 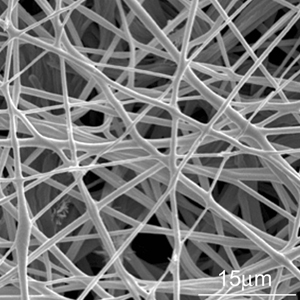 Tiny fibres made by the nanotechnology industry could be as dangerous as asbestos if they are inhaled, say researchers.
Nanofibres are found in a wide range of everyday items, from sports equipment and waterproofs to nappies and vacuum cleaners.
But some are similar in shape to asbestos fibres, which have been known to cause lung cancers such as mesothelioma.
Research on mice, published in Toxicology Sciences, suggests the longer nanofibres are more dangerous.
Human and mouse lungs are different, but the researchers hope the study will help to design safer nanofibres.
Ken Donaldson, professor of respiratory toxicology at the University of Edinburgh, said: ‘Concern has been expressed that new kinds of nanofibres being made by nanotechnology industries might pose a risk because they have a similar shape to asbestos.’
Silver nanofibres of varying lengths were injected into the lungs of mice.
Those larger than five micrometres, or five-thousandths of a millimetre, tended to become lodged in the lungs and cause inflammation. The smaller ones were cleared from the lungs.
Prof Donaldson said: ‘we knew that long fibres, compared with shorter fibres, could cause tumours, but until now we did not know the cut-off length at which this happened. 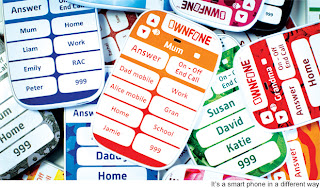 The OwnFone could be the ideal solution for young children or people who struggle to get to grips with technology.

Described as "the world's first personalised mobile phone" the OwnFone does away with a screen and the majority of buttons, instead replacing them with direct-dial buttons and volume controls.

Aimed primarily at children and the elderly, the £55 device is customised to the owner and features buttons with the names of up to 12 people they are most likely to want to call. Pressing the name places a call to that person; incoming calls are answered with an answer button.

Each OwnFone is only the size of a credit card and weighs 40g. Makers say they could also be used in situations you may not want to take your expensive Smartphone, like to a music festival or to the beach.


Creator Tom Sunderland said: "I wanted to simplify the design of a mobile phone as far as it could go and realised that personalisation was the key to achieving this. If you could make a call simply by pressing a name or photo, you would bypass the complexity of a keypad and connect with people in a simple, natural way.

"Recognising a name or a face is the first thing we learn how to do and one of the last skills to go when we get old. So, a phone with a personalised interface would work for all ages.

Great idea unless you have been smoking whacky baccy for many, many years....
And finally:


East far more miles than you could shake a laptop at 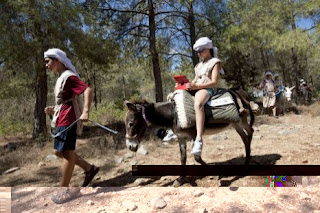 An Israeli company is bringing its biblical tour guide service into the 21st century after fitting its fleet of donkeys with wireless routers.
Visitors to the historical park of Kfar Kedem in northern Israel are now able to update their Facebook status or browse the internet thanks to the newly-fitted service.
Situated in the heart of Galilee, the park promises to provide visitors with 'an authentic ancient biblical experience', teaching them how people lived in Old Testament times.
'You take some pictures, you want to change your picture on Facebook - you can do it,' explained the park's manager, Menachem Goldberg .
He added: 'Our village has 30 donkeys, and we’ve equipped the first five with wireless routers that are attached to the donkey’s body.
'In the future we’ll consider equipping all of the donkeys with the necessary apparatus'.


Anyone asked the Donkeys?


That’s it: I’m not orf to buy an 84 inch ultra definition TV 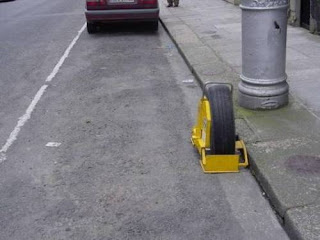