Marvellous amounts of solar stuff, mountains of lack of warm, minuscule movements of atmosphere and not a mention of wet stuff at the castle this morn, the garden has taken a battering from yesterdays “wevver”, but the Honda is now nice and clean.
And blogger seems to be behaving it'self this Tuesday morn.
I see that after eight years and squillions of loot Preparations are under way to extradite radical preacher Abu Hamza al-Masri to the US, after the European Court of Human Rights rejected his appeal bid.
Four other terrorism suspects, including computer expert Babar Ahmad, also face extradition to America.
The “men” have argued that they will face inhumane treatment in the US if they are sent there.

And the latest thing for helping one to have a kip 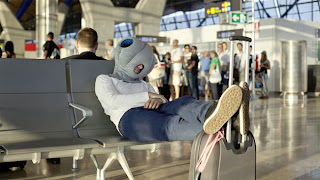 Is the Ostrich Pillow, a product that has been specifically designed to allow you to create a little private space within a public one so you can relax, unwind...and sleep.
Just pop the pillow over your head - there are breathing holes, don't worry - and put your hands in the two holes at the top to keep them cosy.
Created by Kawamura-Ganjavian, a UK-based architecture and design studio, the initial idea of an Ostrich Pillow was shared on the web last year.


The pillow is being spruiked on kickstarter, an online funding platform for creative projects, and the first lot of 300 orders has sold out already.
You can pledge amounts of $75, $140, $325 and $620 to fund the project, and in return you'll receive your very own Ostrich Pillow. When the pledge total reaches $70,000, the creators will have enough money to distribute the pillows to the masses.

Spiffing; can’t wait to look a total Plonker in public....

East to the land of snow and stuff 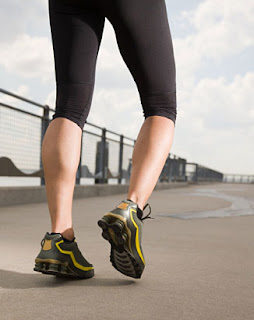 Allegedly a polar bear attacked a woman who, after drinking too much alcohol, decided to feed the "clumsy" bear with chicken legs. The incident took place in the Chaunsky district of Chukotka, Russia's Far East. A policeman, who heard cries for help, saved the compassionate lady from the claws of the bear.
The incident occurred in the village Yanranay. Sergei Terekhov, an assistant to police precinct, heard the screams. The man grabbed a gun and ran out into the street. He saw a polar bear dragging the victim to the side of the tundra, writes Federal Press.
The police officer wounded the animal with his first shot. Having taken the moment, the woman crawled a few meters away from the predator. This made it possible to make another shot, which killed the bear. The woman was immediately sent to hospital. Doctors said that her life was out of danger: several bite wounds had been treated and stitched.

Left to the Blue Ridge Mountains 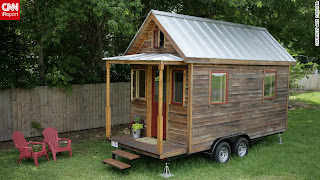 Hari and Karl Berzins decided to build a tiny home for their family in Virginia's Blue Ridge Mountains to free themselves of the financial burden of owning a large home.
They knew that moving two children, a dog and a cat into a 168-square foot space would be a challenge, though it would also eliminate the need for a mortgage and cut their utility costs.
But they didn't expect it to completely change their lives, Hari Berzins said.
The savings allowed the 39-year-old mother to scale back her hours working for a non-profit and spend more time on the family's 3-acre hillside property in Floyd, Virginia, she said. She now has more time to pursue her passion for writing, gardening, raising chickens and, most importantly, to enjoy her kids. Her husband, a chef, was able to leave a stressful restaurant and take a pay cut to work in a more creative environment.
The Berzins are part of a small contingent of homeowners who have found solace living in less than 500 square feet. Many of them live in homes built on trailers so they can move around; others, like the Berzins, live on property they own. Others live in Cob homes built of clay and mica. Some are motivated by a desire to lessen their carbon footprint while others want to own a home without worrying about property taxes.

And the next possible US President 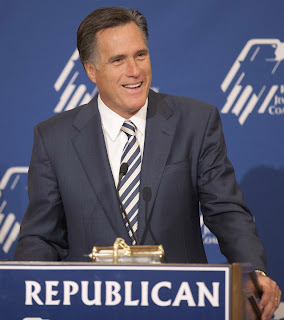 After hearing that Mrs next possible first lady survived when the airplane she was in had to make an emergency landing on Friday due to an electrical fire.
Reckons that “when you have a fire in an aircraft, there’s no place to go, exactly, there’s no — and you can’t find any oxygen from outside the aircraft to get in the aircraft, because the windows don’t open. I don’t know why they don’t do that. It’s a real problem. So it’s very dangerous. And she was choking and rubbing her eyes. Fortunately, there was enough oxygen for the pilot and co-pilot to make a safe landing in Denver. But she’s safe and sound.”


And finally:
Dahn in Plymouth
Science has taken a great leap forward or upward in this case.


Pity the poor sod who has to clear that lot up....


That’s it: I’m orf to levitate some H2o


And today’s thought:
Who opened the windows? 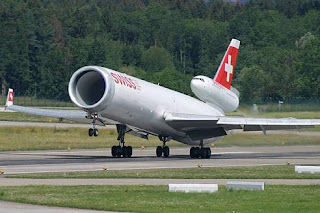