Her Maj is in need: The Middle is in need: Smurf snatchers: Clarkson’s a bit dim: Well, fruck a Duck: and noisy wind.

Calm, warmish, sunny and dry at the Castle this morn, the study is bursting at the seams with broken tormentors, his Maj is galloping around the garden and some Pilchard has knocked over two bollards at the entrance with a 4 by 4.
Microsoft word seems to be behaving-so far; the hip thing turns out to be a pulled Tensor fasciae latae, and the moat is full of blue green algae.

I see that the MOD has managed to lose £6.3 billion’s worth of “assets” including £184m worth of Bowman battlefield radios.
The MoD's director general of finance, Jon Thompson, told the committee it could be some years before the problem was resolved because of the scale of the MoD's "845,000 lines of stock, spread across 78 IT systems, covering anywhere in the world we currently have bases".
The report notes that the findings did not mean that the equipment did not exist or was not "being used usefully somewhere" - as it could be difficult keeping track of assets being used in war zones.
Right, so it isn’t lost, they just don’t know where it all is..... 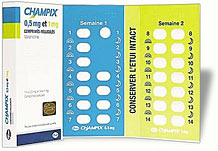 And: Allegedly a drug used by smokers to help them quit increases the risk of heart attacks and other serious cardiovascular problems, research says.
An international team reviewed studies involving more than 8,000 smokers, and found more of those taking Champix fell ill than those on dummy drugs.
The review, in the Canadian Medical Association Journal, suggests smokers should not use the drug to stop.
But makers Pfizer say it is an "important option" to help people quit.
And heart expert’s stress smoking itself is a major heart disease risk factor. 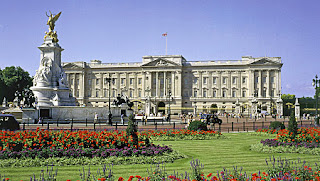 The Queen has asked the government for more money to deal with a growing backlog of repairs to Buckingham Palace and other royal residences, newly published accounts reveal.
The monarch currently receives £11.9 million a year from the public purse to maintain and repair her homes which include Windsor Castle and St James's Palace.
But because of a pay freeze she can only carry out emergency repairs to the buildings and says she will need more money to stop the royal households from falling into disrepair.
The current budget means that while a £3.5 million repair to the crumbling facade of Buckingham Palace had gone ahead, other key projects had been forced to be put on hold.
These included replacing lead and slate roofs, refurbishing state rooms and overhauling antiquated heating systems.
Oh dear what a shame, wonder if the Gov would pay for repairs to the Castle? 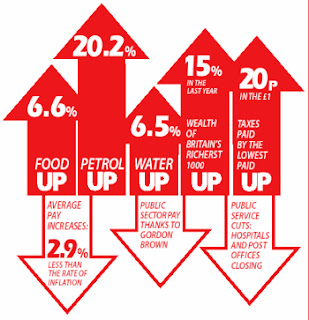 Apparently half a million families are being forced to earn 24 per cent more than last year just to maintain the same minimum standard of living, according to a report by a leading welfare charity.
While the average worker needs to earn about 5 per cent more to keep up with the rising cost of living, some Britons are hit considerably harder.
Not only have utility bills, food costs and petrol prices risen considerably over the last year, but some families' incomes have been severely dented by cuts to their benefits and tax credits.
The Joseph Rowntree Foundation has calculated that families, where both couples work, with two young children will have to find 24 per cent more income this year compared with last year just to maintain a "minimum standard of living".
All together now-“We are all in this together”.
Right a bit to the land of chocolate and err chocolate 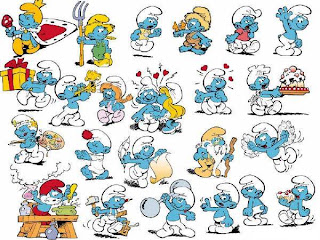 A 13-year-old Belgian boy and his mother who made off with armfuls of toy Smurfs have been nabbed with the haul of small blue heroes dreamt up by a Belgian comic-book author, police said Monday.
Staged weeks ahead of the worldwide release of the much-awaited Hollywood movie on Peyo's Smurfs, the heist took place Friday in a supermarket outside Ghent.
As the mother stood watch, the teenager stuffed bundles of Smurf toys into his clothes before the two left the store. But they were quickly identified thanks to surveillance cameras and confessed, police said.
The heist ran up to almost 600 Euros ($871).
Blue Numptys.
Clarkson has inserted his size twelve’s into his facial orifice-again 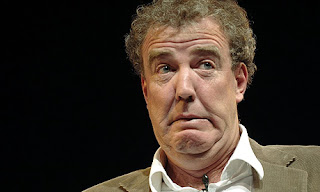 Racism claims have erupted once again after Top Gear host Jeremy Clarkson attempted to be funny in his Saturday newspaper column.
Clarkson said the energy-saving mode on his new television makes the screen so dim that every program looks "like it is being presented by Lenny Henry in a cave".
"Korean car firm Hyundai complained about Clarkson's 'bigoted and racist' claim that their staff had 'eaten a dog'. He also caused offence with mock Nazi salutes talking about German design of a new Mini.
"Clarkson has apologised to the Mexican ambassador for calling his countrymen 'lazy'."
According to reports, Clarkson has a track record of saying people he offends lack a sense of humour.
Race campaigner Lee Jasper told People: "It starts off with Clarkson making stupid racist comments and it ends up as playground taunts and racist slurs on the street.
Why am I not surprised.....
East many, many things 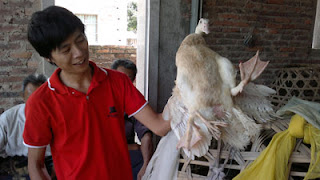 A Chinese man who bought a duck at an agricultural market demanded a refund - when he noticed it had three legs.
The customer initially walked off, seemingly happy with his purchase but returned an hour later.
Trader Chen Xiantong, who runs a chicken and duck shop in the market at Nan'an, Fujian Province, said he immediately agreed to give the man his money back.
"He said the duck was too weird with its extra leg, and he feared it may be harmful to health," said Chen.
"I now keep the duck in the shop and people come in just to see it so it has actually been good for my business."
And the lucky Duck.... 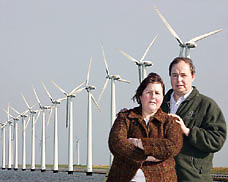 A couple who say they were driven out of their family farm by the "nightmare" hum of wind turbines have mounted a ground-breaking £2.5 million compensation bid in London's High Court.
Jane and Julian Davis, moved out of Grays Farm, Deeping St Nicholas, near Spalding, Lincs, four years ago because of the strain of living with the incessant noise.
And now they are taking on a local windfarm and other defendants in a pioneering case which will test the law on whether the sound created by the turbines amounts to a noise nuisance.
They think that is noisy, I had beans on toast last night.......
That’s it: I’m orf to have a frack.
And today’s thought: Children seldom misquote you. In fact, they usually repeat
word for word what you shouldn't have said.
Angus
Posted by Angus Dei at 07:08 4 comments