Cold, damp, dismal and dodgy at the Castle this morn, the study is filling up nicely with things that do not work, his Maj has finally stopped bringing me worms and the garden is still in need of the rest of the vandalism I have had to postpone.

I see that dahn ‘ere in ‘Ampshire 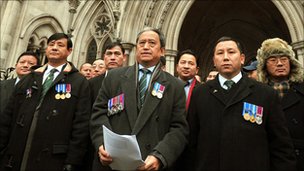 The Castle’s local council is to receive the "majority" of a £1.5m fund set up to ease the pressure on resources amid an influx of former Ghurkha soldiers.
Up to 10% of the population of Rushmoor Borough Council, whose area includes Aldershot, is now Nepalese after a legal ruling allowing them to stay.
In 2009 the government allowed Ghurkha soldiers who had retired before 1997 to settle in the UK, which followed a high-profile campaign lead by actress Joanna Lumley. 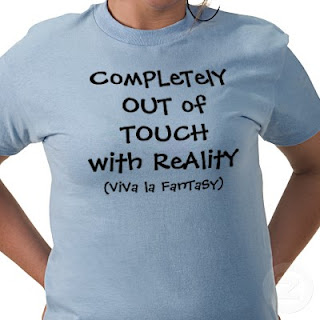 Apparently last night U-Turn Cam described the EU as "out of touch" with reality, but insisted that Britain would be worse off if it left the 27-nation club.
In his annual foreign policy speech, the Prime Minister said the crisis in the eurozone offered an opportunity to "refashion" the EU. Describing himself as a sceptic, he attacked the union's "grand plans and utopian visions" and said: "For too long, the European Union has tried to make reality fit its institutions. But you can only succeed in the long run if the institutions fit the reality."

That does sound familiar-out of touch with reality, grand plans and utopian visions-ah, yes it is the Piss Poor Policies Millionaires Club Coalition.


A bit of Dave-ja vu

Brussels has become ‘out of touch’ with ‘pointless interference, rules and regulations that stifle growth not unleash it’, the prime minister said.
However, he insisted that with European countries accounting for half of Britain’s trade, ‘leaving the EU is not in our national interest’.
Meanwhile, the Bank of England is expected to slash its growth forecast today from 1.5 per cent to one per cent amid fears the crisis will drag Britain into a double-dip recession.
Unemployment figures, out on Wednesday, are expected to show youth unemployment has hit one million

And staying with the Arse

U-Turn Cam was met with laughter and applause for his attempt at mastering the Australian accent while recounting a meeting with our very own Prime Minister Julia Gillard
In his annual set piece foreign policy speech to the Lord Mayor of London's banquet, Cameron described the Commonwealth Heads of Government meeting in Perth as one of the highlights of his year.
Cameron labelled the meeting's decision to allow first-born daughters the right to the British thrown as an 'historic agreement' and preceded to relate a conversation with Gillard.
'At the end of this meeting I turned to the Australian Prime Minister and said thank you very much Julia for allowing us to have this meeting in Australia,' Cameron said.
'And she said, I can't quite do the accent but I'll try - 'Not a bit David, this is good news for Sheila’s everywhere'.'


He isn’t doing much of a job mimicking being a politician either....

Britain’s furriest eco-warriors The Wombles have decided to take on the TV talent contest after their Glastonbury performance became the surprise hit of this summer’s festivals.
The video for Wombling Merry Christmas, which charted at No.2 in Christmas 1974, sees the novelty stars send up former X-Factor hopefuls Jedward as they perform to judges, including a Womble Simon Cowell.
A greatest hits album, The W Factor, will also be released on December 12, featuring singles such as Remember You’re A Womble.

Uncle Bulgaria, star of the children’s TV show that spawned the band, said: ‘I don’t watch much television – I leave that to the young Wombles – but I hear The X Factor is jolly popular.

Over in the land of Casinos and credit cards 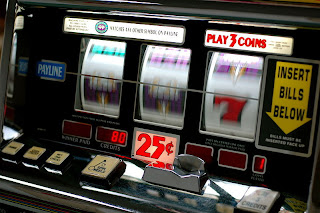 A nun has narrowly avoided jail in the US after she admitted stealing £620,000 to gamble in slot machines.
Sister Marie Thornton, 65, took the cash from a Catholic college where she worked as a financial officer, reports The Mirror.
Manhattan federal court heard she would regularly lose more than £3,000 in one session in casinos in Atlantic City.
She submitted false invoices and arranged for Iona College in New York to pay her credit card bills. The college has clawed £300,000 back through insurance.
Thornton admitted stealing over 10 years and said she was "deeply sorry" for the embarrassment caused to her religious order and family.
A judge ordered her to complete 2,000 hours of unpaid work and pay back £217,600, saying it appeared she had been rehabilitated.
As an act of contrition, the nun now spends her days and nights in solitary confinement in a small room inside a Philadelphia convent.

Back in number ten 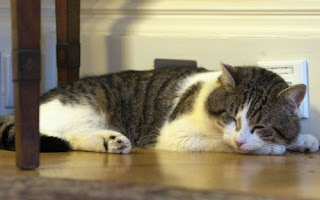 Downing Street defended its resident cat Larry on Monday after Prime Minister David Cameron reportedly flung a fork at a mouse that had escaped the tabby's attention.
The Daily Mail newspaper said Cameron saw the mouse during a dinner with Cabinet colleagues at 10 Downing Street in central London and hurled a silver folk at the rodent as it scuttled across the floor.
Larry was recruited from a strays' home as Downing Street's "mouser-in-chief" in February after a rat was spotted in television news bulletins scurrying around outside the famous black door of the PM's residence.
Asked whether Larry should resign, Cameron's official spokesman said only: "Larry brings a lot of pleasure to a lot of people".

Unlike the rest of the residents....

And today’s thought: Do not meddle in the affairs of cats, for they are subtle and will piss on your computer.