Auditing the auditors: Something is happening this week: Chinese bun robbers: A Ninja in Tunbridge Wells: 16th Century PC: and Ryanair gets some pay back.

The weather at the Castle has gone down hill this morn, cold, cloudy, breezy and dull, it is so bad that the butler has had to venture out to snatch a few fat teenagers for the furnace.
What is left of my locks has been shorn and the Honda is disappearing under a layer of dust/sand/pollen and I am still having to water the hanging baskets, wall boxes and pots. 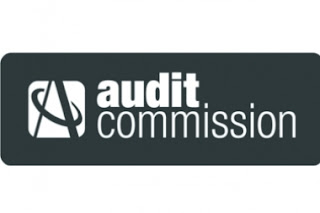 The “political” news is still chuntering on about AV, but there is this snippet about the Audit Commission which is responsible for policing spending at local authorities, NHS trusts and other government bodies.
Allegedly the knobs at the top have been putting luxury goods and services on their taxpayer-funded credit cards.
As well as meals costing several hundred pounds at Michelin-starred restaurants, the officials spent a four figure sum on flowers and also bought goods from HMV and Thorntons, the cinema chain and chocolatier, and purchased cinema tickets and doughnuts.
A spokesman insisted that all of the spending on Government Procurement Cards – which are in the form of credit cards and are rebated by the taxpayer – was “legitimate”.
He added: “In common with many public bodies the Audit Commission uses Government Procurement Cards for low value transactions or where a purchase order is impractical.
“Procurement cards are recognised as the most cost-effective way of dealing with such transactions and often result in lower prices.
Yeah right……

And this week there is apparently very important things going on, did you now that it is Beanpole week, or Real bread Maker week and on Friday the most important thing of all-International Dance Day.
Who says Blighty is boring.
East to the land of odd laws 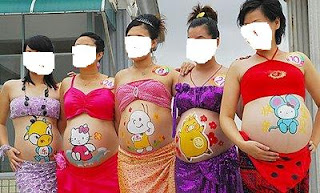 A group of pregnant thieves who ransacked shopping malls in a Chinese city for more than a decade was behind bars Thursday.
The 47-strong maternal crime ring, dubbed the "Big Belly Gang," was thought to have been responsible for the majority of the 3,000 cases of in-store thefts reported in the coastal metropolis of Hangzhou last year.
Operating in groups of five, three non-pregnant women would distract staff while two pregnant gang members stole goods from the store -- or money and valuables from other shoppers.
A month long police operation finally trapped the gang members, who met each day at the local school's gates and split their proceeds on a 60/40 basis between the non-pregnant members and those stealing for two.
China's notoriously tough justice system does not extend to pregnant and lactating women, who can plead a "special situation" and be released almost immediately. One of the boldest members was arrested and released 47 times.
Most gang members appeared to have at least three children and some had as many as eight, in defiance of China's one-child policy. Others got pregnant in order to remain active members of the gang but later had abortions.
The gang members' stay-at-home husbands often looked after their children.
Up the duff and in the clink (That's not them by the way).
Back in Blighty 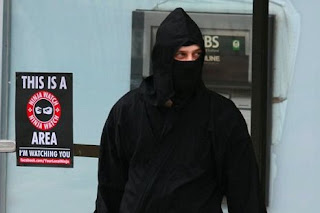 A crime-fighting Ninja has begun patrolling the streets of Royal Tunbridge Wells scaring off yobs, helping pensioners and rescuing cats from trees.
His mission is simple – to clean up the streets. Speaking on condition of anonymity he said: ‘It’s my aim to help people, I am inspired by Neighbourhood Watch, which people seem to have forgotten about, and so I’ve created Ninja Watch. There is still lots of trouble in Tunbridge Wells and the community does not seem to be as together as it used to be.
The 25-year-old, who calls himself the ‘Neighbourhood Ninja of Tunbridge Wells’, claims to be a ‘grandmaster’ of the Japanese martial art based on ‘stealth and infiltration’.
Origami can kill, ever got a paper cut?
Back to the “Ladies” 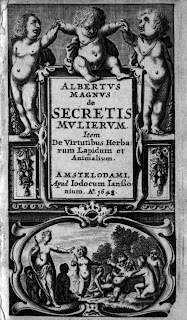 A guide written in 1505 has been found and it contains 'secrets' about females that take political incorrectness to extremes.
Perhaps the worst of the advice is that ‘females are failed males’. The book, De Secretis Mulierum (On The Secrets Of Women), also suggests men wanting to check if a woman is a virgin should ask her to sniff a lettuce. If she then wants to go to the loo she is ‘corrupted’.
Other revelations include women being able to kill animals with a glance during their time of the month and odd food cravings in pregnancy being down to ‘evil humours’.
Husbands who want a male child are told to give their wives wine that contains the pulverised womb and intestines of a hare. Once pregnant, the female will have a girl if her left breast is bigger than her right and a boy if it’s the right.
The book was found in the archives of the Royal Society of Chemistry in central London.
It is thought to have been written by Albertus Magnus, a theologian and ‘scientist’, and to have been given to a priest to help him understand women.
I’m saying nothing…..now where did I put that lettuce?
And finally:

Ryanair has launched an enquiry after three passengers on the same flight each won a car worth £11,500 after playing its in-flight scratch card game.
The three passengers, who were flying from Milan to Madrid last Monday, won the prize after buying one of the airline's £2 scratch cards, despite an average of one car being won each month.
The airline blamed a printing error by Brandforce, the company which runs the game, but has promised that all three winners will receive their vehicles.
Ryanair began selling scratch cards in 2008 in an attempt to further increase its additional or “ancillary” revenues. Around a quarter of the airline’s annual earnings are generated by ancillary revenues. Its extra charges, including check-in fees, booking fees and luggage charges have increased by up to 700 per cent since 2006.
Last month, Ryanair was criticised for imposing an additional £2 charge on all bookings to insure itself against flight cancellations, while next month it will allow passengers to reserve individual seats for the first time, at a cost of £8.80 per person per flight, on services from Dublin Airport to Gatwick and Malaga.
Robber robbed?
That’s it: I’m orf to have a look at Enceladus’s aurora.
And today’s thought: “This is a great day for France!" --Said while attending Charles De Gaulle's Funeral. - Richard Nixon
Angus
Posted by Angus Dei at 06:49 3 comments

THE DIFFERENCE BETWEEN US 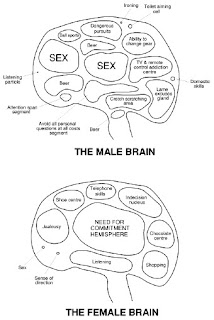 I was watching “live at the Apollo “ last night, and there was an Irish comedian on that brought up some interesting points about men and women-BBC iPlayer

The most profound was-the questions that women ask their men-and the one which causes the most terror among men was “what are you thinking about?”

I know, because I have been in that position, your first reaction is panic, what do I say?

Because the thoughts in my mind at the time was –absolutely nothing, I was blank, phased out, “cogitating” without the cogitate bit.

Men have the ability to think about nothing, it comes naturally, but you can’t say that can you?

Because if you do she will think you are hiding something.

The lady in your life expects an answer that will sate her inquiring mind, but you have absolutely no clue what she wants, your mind starts to “dash” about like a chicken without a head, it comes up with words such as –cars, sport, TV, women, page three, food, sex and oh shit!

When the only cogent thought you have had in the last two hours is “my arse itches a lot today”.

So you say something totally inane like “I really like your hair” or “that is a nice dress” because in your panic your mind has had a stroke and is completely incapable of rational thought.

Then you get “that look”, the same look that they give to small children caught with their finger up their nose.

The look then turns into a “god what have I hooked up with” glare, which becomes a silence, during which you are supposed to redeem yourself by saying something intelligent-no chance, so you say “what?” and they walk away totally convinced that they are living with a moron.

So to sum up, men are very capable of having a completely blank mind, it can last for hours, it isn’t deliberate, it isn’t to get up ladies noses. It just comes naturally, we can’t help it: it is in our “jeans” (deliberate), our “mental” makeup is inherited.

Please ladies, if you have to ask questions, at least ask us a positive question like “what do you think of this?” or “isn’t that a nice colour” not “what are you thinking about?” as that is the one inquiry guaranteed to ruin your day (and ours).

“The one serious conviction that a man should have is that nothing is to be taken too seriously.”-Nicholas Murray Butler
Angus
Posted by Angus Dei at 11:21 6 comments