Piss poor Policies Dave C’s Piss Poor performance: Fit for work ESA not fit for purpose: Oil be back: Ghosts of Bedlam: Take a seat: and Shoot the victim.

‘Tis cold and windy at the Castle this morn, the kitchen is full of non working computers, the butler is out collecting more fat teenagers for the furnace, and my shiny red Honda is now completely yellow. 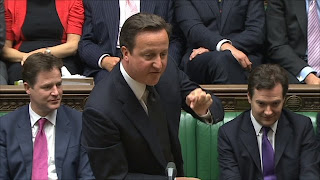 As usual I watched what is laughingly called “Prime Minister’s” question time, and the “calm down dear” attempt of the most inept PM ever to grace our green and chilly land to play to the TV audience.
Not bothered about the PC side of the comment, the phrase has been about for years in the insurance advert, what bothers me is the complete inability of Piss Poor Policies Dave to string together enough words to give us information about our economy without resorting to childish comments.
It seems that we are “Governed” by the Eton dorm gang with the nouse of a leprous Armadillo and the common sense of an onion.
Who voted for this bunch of lacklustre pillocks?

And according to Chris Grayling three out of four benefits claimants are fit for work.
Three quarters of people who applied to claim sickness benefits for the first time turned out to be fully capable of work, new figures show.
Four out of 10 applicants for the Employment and Support Allowance (ESA) were found to be fit to undertake employment after being forced to submit to tough new health assessments.
Another 36 per cent abandoned their application before submitting to medical tests, leading ministers to suggest that many gave up their attempt after realising that they would have to be assessed by a doctor.
Just six per cent were signed off work, with another 16 per cent found to be capable of some form of employment if they received help and support.
Or in other words 40 percent were found capable of work, 16 percent were found incapable and 36 percent still had enough pride left not to submit to the “Billy no mates” quacks that take money from the exchequer in order to fail the sick, instead of working in hospitals and GP surgeries where they belong, but then again they already have a job-or two….
Over the what not to the colonies 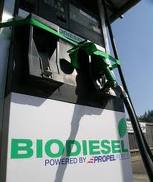 Rises in fuel prices have led to an increase in the number of used fryer grease (oil) rustlers roaming restaurant alleys in the United States.
Grease thefts have spiked whenever fuel prices climbed during the last four years and this spring is no different, according to Tom Cook, president of the National Renderers Association.
"It's on the rise and it's because of higher oil prices," Cook told Reuters in a telephone interview. "I have one member who told me it's costing his business $1 million a year."
Recyclers typically contract with restaurants to pick up the waste product. The grease is cleaned and sold for use as bio fuel, livestock feed and other products.
An Omaha recycler has filed theft reports with police in Omaha and Lincoln in Nebraska, and Sioux City, Iowa. Thieves recently stole about 4,200 pounds (1,909 kgs) of used grease from six Lincoln fast-food restaurants.
Processed fryer oil is not trash. It is called yellow grease and is traded. Its value is driven by higher prices of gas and ethanol.
Recyclers and collectors pay restaurants about 18 cents a pound for grease. After further processing, it can be sold for 42 to 45 cents a pound, said Cook, who is based in Alexandria, Virginia.
Naughty, naughty-but you can tell the culprits by the smell of chips when a diesel motor drives past.
Dahn Unda 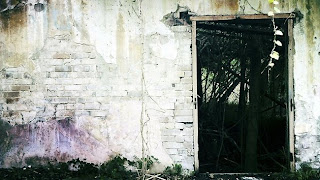 Haunting images of bedlam - an Australian lunatic asylum that opened more than 170 years ago.
An exhibition by photographer Yvette Worboys titled Ghosts has captured eerie images of the former Gladesville Mental Hospital, in Sydney, which opened in November 1838 and closed in 1997.
Worboys, who has lived in the area most of her life, said she was drawn to the partly derelict hospital by its residual energy.
"There is quite a presence, an energy there," Worboys said.
The hospital was originally called the Tarban Creek Lunatic Asylum.


The exhibition takes place Cafe Giulia in Sydney from May 5 to June 11 and is part of the Head On Photo Festival
She said the mediums were drawn to one photo in particular of a doorway covered in vines, where they identified a strong presence to the left of the door.

Nope, can’t see a thing.
Back across to the land of the free and the home of the brave 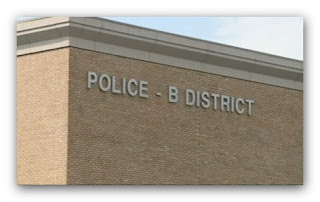 A robbery suspect who escaped from a Buffalo police station by slipping out a back door while handcuffed to a chair has been apprehended after he was spotted riding a bike with the cuffs still on.

Police tell Buffalo media outlets that 58-year-old John Caesar of Buffalo was taken into custody Tuesday for questioning in connection with the theft of money from the Anchor Bar, the restaurant known for inventing the city's famous chicken wings.

Officials say Caesar was handcuffed to a chair in a police station when he escaped around 4 p.m. Police say he was caught Wednesday morning on a city street corner.
Well they did tell him to take a seat.
And finally:
Right a fair bit to the land of the Teutons 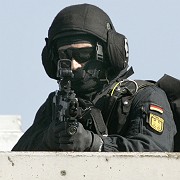 A German woman who had escaped without serious injury from a dog attack was accidentally shot by police while she hid from the animal behind a door, police said on Wednesday.
Police in Berlin shot the dog dead, but a stray bullet went through the door behind which the woman was cowering, striking her in the arm.
The woman was not seriously injured. She had gone to visit neighbours at their apartment on Tuesday evening when their two-year-old dog Carlito attacked her.
A police officer was also grazed in the throat by a ricocheting bullet. Police are investigating possible charges of negligence against both the dog's owner and the police officers who fired the shots.
My worst nightmare-a gang of Numptys with guns.
That’s it: I’m orf to search for Desert Dragonflies.
And today’s thought: "Computers in the future may have only 1, 000 vacuum tubes and perhaps only weigh 1 1/2 tons." - Popular Mechanics, 1949