Moistish, muggyish and a smidge moody at the Castle this morn, work on the defunct do dahs dawdling in the study will commence tomorrow and now that his Maj has figured out how to use the cat flap he has decided to tear in and out of it every ten seconds or so. Allegedly tens of thousands of soldiers bowed their heads as a giant portrait of Mr Kim was carried slowly through the streets.
His successor and third son, Kim Jung-un, walked beside the hearse, images from state television showed.


Wonder how ronery the new leader will be..... 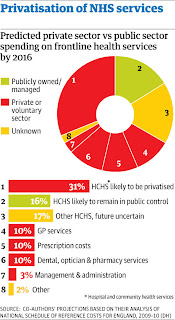 Has come up with a cunning plan to balls up our NHS even more, hospitals will be allowed to earn up to half of their income from private work, it was reported today.
The current cap on income generated from private patients is typically limited to just a few percent but is set to rise to 49% in a move slipped out by the Government last week, according to The Times.
According to knobhead Health Secretary Andrew Lansley "Lifting the private income cap for foundation hospitals will directly benefit NHS patients.
"If these hospitals earn additional income from private work that means there will be more money available to invest in NHS services.

And for every private patient treated there will be an NHS patient that can’t be treated....because the Doctor will be busy earning even more money.


Wind farm operators are on course to earn up to £10 million this year for turning off their turbines. 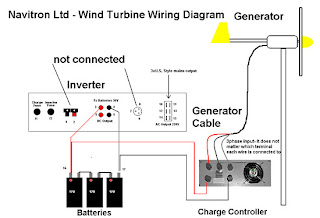 Official figures disclosed that 17 operators were paid almost £7 million for shutting down their farms on almost 40 ­occasions between January and mid-September. Continuing to make payments at that rate would lead to householders paying out £9.9 million in 2011 for operators to disconnect their turbines from the National Grid.
The scale of the payments triggered a review of the rules on so-called constraint payments. The payments are made when too much electricity floods the grid, with the network unable to absorb any excess power generated. The money is ultimately added on to household bills and paid for by consumers.
Last year, only £176,788 of such payments were made, but changes in the way the National Grid, which supplies energy to retail companies, “balances” the electricity network have meant a huge expansion in their use.
The rules meant that some renewable energy companies were paid more to switch off their turbines than they would have received from ordinary operations.

The wrong type of Leccy...so much for “green energy”. 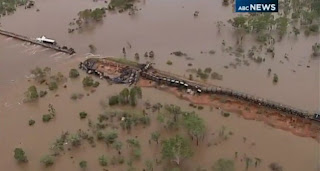 A freight train was swept off a bridge during flooding caused by a cyclone in northern Australia.
The two drivers were rescued after being trapped in the vehicle and were flown to hospital in Katherine, south of Darwin, it was reported.
The Edith River Bridge collapsed and some carriages from the derailed train floated downstream in the incident, a local MP told ABC News.
Environmental authorities in the Northern Territory are believed to be investigating if chemicals from the 20-car iron ore train leaked in the flooded river.
Heavy rain from Cyclone Grant led to isolated flooding in the territory, cutting off roads as drivers became stranded.
One couple climbed on to their car roof after the vehicle stalled but they were swept along into the Edith River.
They clung to a tree branch until they were rescued.

Still in the land of hollow wooden tubes

A giant saltwater crocodile named Elvis with an apparent affinity for household machinery charged at an Australian reptile park worker Wednesday before stealing his lawn mower.
Tim Faulkner, operations manager at the Australian Reptile Park, north of Sydney, was one of three workers tending to the lawn in Elvis' enclosure when he heard reptile keeper Billy Collett let out a yelp. Faulkner looked up to see the 16-foot (5-meter), 1,100-pound (500-kilogram) crocodile lunging out of its lagoon at Collett, who warded the creature off with his mower.
"Before we knew it, the croc had the mower above his head," Faulkner said. "He got his jaws around the top of the mower and picked it up and took it underwater with him."
The workers quickly left the enclosure. Elvis, meanwhile, showed no signs of relinquishing his new toy and sat guarding it closely all morning.
Eventually, Faulkner realized he had no other choice but to go back in after the mower.
Collett lured Elvis to the opposite end of the lagoon with a heaping helping of kangaroo meat while Faulkner plunged, fully clothed, into the water. Before grabbing the mower, however, he had to search the bottom of the lagoon for two 3-inch (7-centimeter) teeth Elvis lost during the encounter. He quickly found them and escaped from the pool, unharmed and with mower in tow.

I’ve heard some weird excuses for not mowing the lawn, but that takes the Kangaroo meat...

Over to one of the European lands 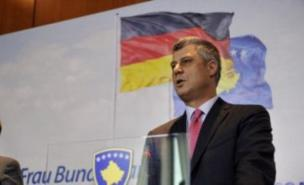 Hashim Thaci, the prime minister of Kosovo, made a major error over the Christmas period, by wishing all Catholics a happy Easter rather than a merry Christmas.
In his festive statement, which was distributed by his office, he said that Easter is the most important holiday in the Catholic world.
He went on to congratulate the official Vatican and all Catholics on the occasion of the resurrection of Christ, rather than his birth.
The prime minister went on to say that he hoped the Easter festivities would bring the Kosovan Catholics 'more warmth, hope and success' as well as 'progress in society, harmony and peace'.
When officials in the prime minister's office noticed the error a second statement appeared on Thaci's official website, offering glad tidings over the festive period.

Nice to see that another country has a Prime Monster with his head up his arse....


Back in Ronery Blighty 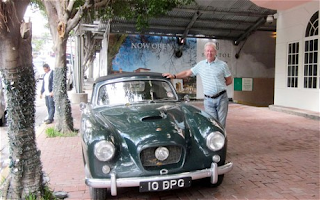 A couple who completed a 33,000-mile trip around the world in a rare 1956 Bristol 405 Drophead Coupeclassic car came back to England to find a ''large dent'' in the side after leaving it in a supermarket car park.
Geoffrey and Hilary Herdman, who are both retired, took 16 months to complete the trip that they described as a ''wrinkly gap year''.
Their drive around the world was made in a 1956 Bristol 405 Drophead Coupe, of which only 42 were made.
Despite encountering some of the toughest roads in the world without any problems, it was when they got home and parked the Bristol in a Sainsbury's car park that they ran into trouble.
Having popped into the supermarket they returned to their prized car and found that another motorist had dented it.

That’s it: I’m orf to have a poke at my deep sea vent 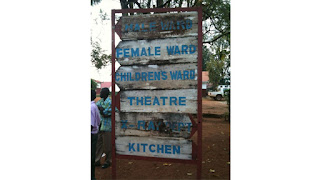