Damp, drizzly and dreary at the Castle this morn, been to Tesco on the stale bread, gruel and pussy food run, and his Maj is curled up next to me on the sofa.
Wonder how he will react to his first winter?

And talking of the cold bit to come 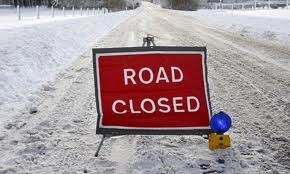 The Army is to be put on standby this winter as part of emergency planning measures in case of a severe freeze.
Ministers are determined to avoid the panic that gripped the last Government when it was thought to be close to having to shut down motorways because of a grit shortage.
Coordinated plans to be announced tomorrow will include calling troops in, in the event that roads do become impassable for ambulances.
However a two-million tonne salt stockpile will be in place to try to keep them open.


Eleven prison officers are being paid to guard a jail with no inmates. 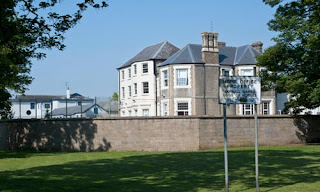 Latchmere House, in Richmond, South West London, was closed last month but staff are still working there to provide ­­“security”.

East a lot to the ex colony 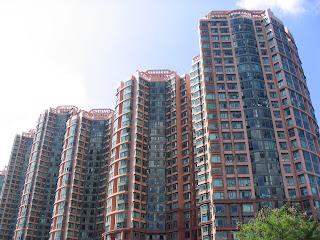 A Hong Kong based widow from the Ma On Shan district ended up killing a passing pedestrian when she lost her footing and fell from outside her high-rise flat. The elderly and considerably larger woman, Lam, was picking up her washing when she slipped and plunged down from the 27th floor.
According to various reports, Lam was outside her flat, collecting clothes from a drying rack when the accident took place.
The other victim was Chan Kwai-mui, a 51 year old cleaner, who was on her way from work. Unfortunately for her, she got caught in Lam’s tragic flight downwards.

It’s not the fall that kills you, its landing on some poor passerby...

East even more to the Big apple 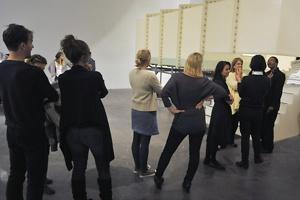 City officials have flushed all the fun out of a downtown art exhibit.
The Department of Health warned the New Museum yesterday that it can no longer have more than one visitor at a time splashing around -- often nude -- in a giant bathtub that’s part of an adult-playground exhibition.
“The Health Department contacted administrators at the New Museum and advised them of the requirements in the Health Code and the conditions that would require approval and a permit,” said DOH’s John Kelly.
“The New Museum made the decision to limit the use of the tank to one person.”
The swirling “Psycho Tank” of super-salted water -- which is warmed to body temperature -- is a highlight of Carsten Höller’s “Experience” exhibit.

Visitors sign a form saying they do not “have any communicable diseases or other adverse health conditions that could be transmitted by being in water with others.”
Once they were immersed, jets of water would send strangers bouncing into each other in the buff.

Bugger it; I have just paid for the plane ticket...

Over in the land of banks with a lot of money 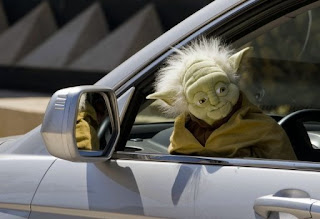 German police called to a traffic incident early Sunday found themselves face-to-face with Jedi master Yoda from Star Wars, much the worse for wear after Halloween celebrations.
In the early hours of Sunday morning, a 42-year-old male driver, resplendent in his Yoda costume, had a minor collision with a pedestrian and sped off in his car, only to be collared by a police vehicle two minutes later.
The pedestrian was left with only light injuries following the accident, but the Jedi master look-alike found himself on the wrong side of the law and, despite his green mask, was left decidedly red faced.
"The officers were especially surprised to see ... Grand Master Yoda at the wheel," said the statement from police in the city of Darmstadt, near Frankfurt in western Germany.
It appears Yoda had enjoyed his evening too much to be driving and authorities took him to the station, confiscated his licence and took a blood sample. "The hapless Jedi returned home on foot," said police.

"Much to learn, you still have."

That’s it: I’m orf to relocate to Russia


And today’s thought: Snowflakes are one of nature’s most fragile things, but just look what they do when they stick together.