It seems that there will be weather all day today, at least that is what I am told, talking of weather; the sun seems to shine out of the lower orifice of Barak Obama, who has been awarded the Nobel peace prize for upping the number of troops in the Afghanistan war. 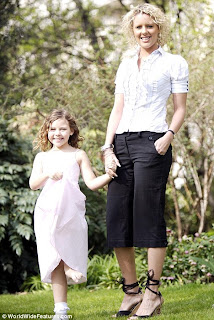 While up in London the git bags at the Department for work and pensions disability “service” have taken away ten year old Devon Taverner’s disability living allowance because she is coping too well with her prosthetic leg.

Read the story it will make you proud to be British. 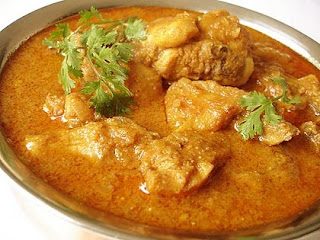 A gay man has admitted he gave his lesbian neighbours curry laced with slug pellets after he was accused of kidnapping their three-legged cat.

According to the Daily Mail, Gary Stewart, 37, and Beverley Sales and Marie Walton had enjoyed cordial relations when they first became neighbours in Denton, Manchester. Over a period of years, though, things turned sour, leading Stewart to wage an "apparent hate campaign" against the couple.

He even allegedly "kidnapped" the pair's three-legged cat, Amber, and "dumped her in a village miles away". Amber was eventually recovered following a poster campaign.

On 22 September Stewart appeared to offer an olive branch in the form of curry, claiming he'd over-ordered from the takeaway. When Sales and Walton tucked in, they found the food laced with slug pellets. They called in the cops and Stewart was arrested.

He subsequently appeared before magistrates in Manchester where he "admitted attempting to poison the two women". He will appear again before the court at a later date.

A puff too far 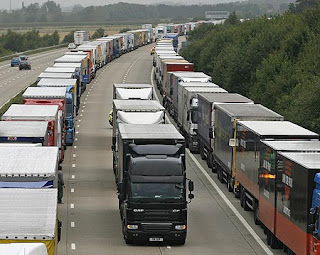 Over in Canada a truck driver has been fined for smoking in his vehicle because it is considered his workplace, a police spokeswoman said on Friday.

A police officer saw the 48-year-old trucker driving on a highway in south-western Ontario with a cigarette in his mouth on Wednesday, and gave him a C$305 (184 pound) ticket.

The Smoke-Free Ontario Act, adopted in 2006, prohibits smoking in an enclosed workplace or enclosed public area, and that extends to work vehicles, said Constable Shawna Coulter of the Ontario Provincial Police in Essex County.

"We enforce the legislation and this truck driver was in violation of that," she said.
($1=$1.04 Canadian)


Is it enclosed if the windows are open?

Oh no it isn’t 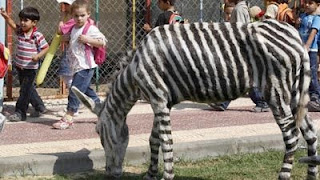 A zoo in Gaza has got around animal import restrictions by dyeing stripes on donkeys to make 'zebras'.

The owner of the Marah Land zoo in Gaza City said he had used masking tape and black hair dye, applied with a paint-brush, to disguise the white females.

Mohammed Bargouthi said it would have cost him more than £25,000 to bring in a real zebra via smuggling tunnels.

"The children don't know, so they call them zebras and they are happy to see something new."

All the real animals at the zoo, including monkeys and a tigress, had been smuggled under the border at great expense, he said.

Two genuine zebras died of starvation earlier this year during the Israeli military offensive, he added.


The animal restrictions are part of the Israeli blockade of Gaza, imposed in an attempt to reduce rocket attacks and weaken the leadership of Hamas.

I’ve got a cat that is really a lion, any takers? 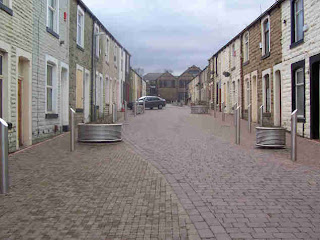 A town has spent £5,000 on a new logo which resembles a child’s crayon scribble.

The “visual expression” consisting of a computer-generated, three-dimensional image of dozens of multi-coloured, tangled circles is aim to revamp and improve Burnley’s image. And council bosses are so impressed with the design; they have paid an addition £400 to trademark the logo - preventing other towns from using it.

The design was produced by Burnley Vision Board after it secured a £300,000 grant from North West Development Agency (NWDA). The cash will be used to completely re-brand the Lancashire town.

Critics say the logo resembles a deformed insect, while others believe a three-year-old could have produced the same design.

Burnley Vision Board consists of representatives from organisations within the town, including the council, football club, college and various businesses. The different coloured circles in the emblem are intended to display different aspects of the town. The red bands represent the urban aspect of the town, while the green symbolises the rural areas.

Coun Gordon Birtwistle, leader of Burnley Council, believes it is money well spent, saying the logo signifies Burnley’s intertwining qualities. He said that the council had to act swiftly to trademark the logo as other towns were keen to use it.

A spokesman for Burnley Vision Board said a lot of effort and thought had gone into the logo’s design.

Last year, neighbour Blackburn spent £60,000 on a new logo which was almost identical to one promoting another town.

The council unveiled a heart-shaped letter “B” only to discover later that Barrow, in Cumbria, had the same design to promote the town. 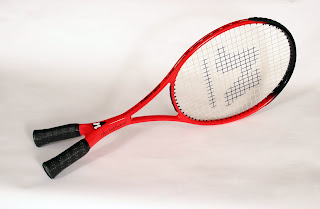 A unique new tennis racquet, which inventors say could revolutionise the game and even eliminate backhand for ambidextrous players, has been launched with two handles at the base.

Dann and Brian Battistone are both professional tennis players, but 36-year-old Brian and Dann, 34, are also ambidextrous.

Now with the help of the unique new type of racquet they may never have to play a backhand again.

American Brian said that for him the backhand might not be necessary anymore thanks to the new racquet.
Brian, who trains in Naples, Italy, said: "I've always been ambidextrous, like my little brother Dann, but we had difficulty in taking advantage of this on the court.
"I think this could revolutionise the sport.

"We met a racquet artisan called Lionel Burt who said he had just invented this special two-handled device for playing tennis.

"Aside from the possibility of always using the forehand, the easiest stroke by definition and also more classic, the basic reason for the invention was to suit players just like us.


Sort of defeats the object doesn’t it.