The NHS-will U-turn Cam listen?: The English language and the EU: Plane cooking: Head heads back to NZ: Ant Zombies: and Feathertail Gliders.

‘Tis sunny, calm and warmish at the Castle this morn, the sky water has stopped, the Honda is red again and the butler has returned from his hols. 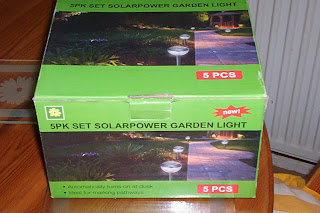 The five solar powered garden lights I ordered arrived on Saturday, I bought them so that I could wander around the grounds in my Jim-jams at night without crashing into things as the butler refuses to walk in front with a lantern.
Anyway with great excitement I assembled them and put them in strategic places, and waited for the dark thing to come-nothing-dark as a Tory’s soul.
So, I waited another day and on Sunday night-nothing-black as a LibDems policies.
I was thinking of phoning the “company” to have a “quiet” word when I decided to have another look at one, inside the dome thingy was an on-off switch which of course was in the “off” position.
Switched them all “on” and took them to the dark walk in cupboard up the spiral staircase-and there was light!
Which goes to prove that there is nothing like a Daft Old Fart, mind you, the manufacturer could have put a note in telling me.
The privatisation of the NHS debacle staggers on

The Royal College of GPs says the government needs to rewrite a key part of its Health Bill which encourages greater competition.
Dr Clare Gerada, the chair of the college, says otherwise the bill risks "unravelling and dismantling" the NHS.
The government says it wants competition based on quality not price to deliver better results for patients.
It is looking at the role of choice and competition as part of its listening exercise on the Health Bill.
Some parts of the government plans are welcomed, such as the greater involvement of GPs in buying and planning care.
But it also challenges the need for a greater market in healthcare and for the first time calls for the entire section on competition in the bill to be rewritten.
Why the need for “reform”, why the need for “competition”, why, why?
And apparently poor language skills are keeping Brits off of the EU gravy train 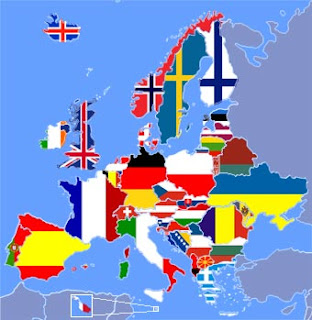 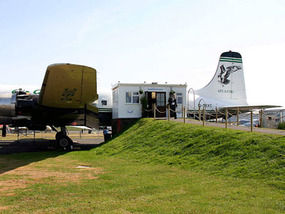 Airline food with a difference – and the prices are far from sky high.
Chef Tony Caunce has opened up his DC6 Diner inside a Douglas DC6 aircraft which stopped flying three and a half years ago.
Now customers can enjoy an aviation-themed menu based on the names of old military aircraft in the restaurant at Coventry Airport.
It includes 8oz Rapide steak, Vampire gammon, Bomber T-bone steak and a Meteor marinade fillet.
Diners can also look into the cockpit of the transatlantic prop-engine plane. And waiters can be summoned with the original call buttons used on a flight to bring a stewardess.
And unlike the Airbus, there is no fear of it falling out of the sky.
Head start 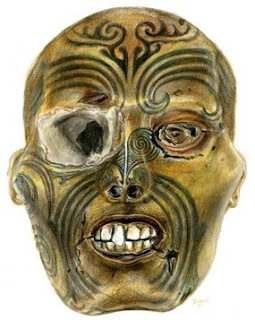 The tattooed, shrunken head of a Maori warrior starts a long voyage home to New Zealand today when France hands the mystic relic back more than a century after explorers took it away.
At the town hall in Rouen, north-west of Paris, Maori elders will perform chants, prayers and other rituals to honour the dead man, a relic of the ancient practice of mummification of Maori killed in battle.
The head, which tribal custom forbids from being photographed or filmed, will be handed over to the Maori in a box by officials from the town and the Museum of Rouen, which has housed it since 1875, organisers said.
Maori will chant "invocations and solemn tributes to the dead warrior, who will be returned the very next day to his native land in order to find his final resting place," the museum said in a statement.
The restitution follows a four-year political struggle, which ended last year when the French Senate voted a law allowing the return to New Zealand of all Maori human heads held in France - estimated to number between 12 and 15.
A computerised image of the Rouen head from the museum gives a haunting impression of a high-cheek boned youth, masked with swirling green tattoos, with a crooked-toothed grimace and a gruesome gash where one eye should be.
Sounds like me after writing each post.
East more than a few Imperial miles 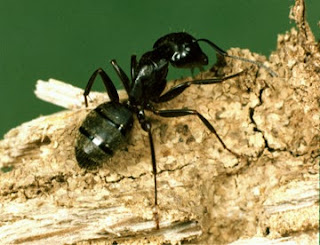 Grim details about how a fungus turns forest ants into 'zombies' to control their behaviour before killing them have been uncovered by scientists.
Like an alien invader from Dr Who, the parasitic fungus takes over the brains and bodies of tropical carpenter ants.
The insects, which normally live high in the forest canopy, stagger and fall to the ground. Attempting to climb back up, they get no further than an 'understory' spot with ideal conditions for fungal reproduction.
There they die, their mandibles (crushing organs in the mouth) locked in a 'death grip' on leaves about 25cm above the ground where the air is cool and moist.
A few days later, the fungus erupts from the ant's head and releases spores to be picked up by other victims.
Scientists investigating infected carpenter ants in Thailand discovered that the fungus fills the body and heads of the insects, causing muscles to waste away and forcing the muscle fibres apart.
It also gets into the ant's central nervous system, producing 'zombies' which walk randomly and suffer convulsions, causing them to tumble out of the trees.
Fungal cells multiplying in the ant's head detach the mandible muscles, locking the jaws.
Nice…now we know what is wrong with the U-turn Coalition…
And finally:
Dahn Unda 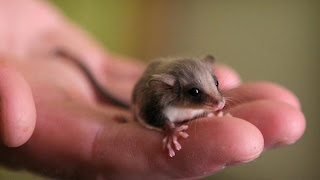 Feathertail gliders come out only at night and are tiny creatures, growing to a maximum length of 8cm.
They are the smallest members of the glider family, but what they lack in size they make up for in agility, being able to glide 20m between branches.
Taronga Zoo has had a bumper glider-breeding season. Twenty-three joeys have been born in the past two months, taking the zoo's population to 48.
Zoo spokesman Mark Williams said Feathertail gliders were common in Sydney and along Australia's east coast.
"But unless you're out at midnight with a set of infra-red goggles, you won't see them," Mr Williams said.
"People don't even know they're there, but they're quite remarkable animals.
"They're tiny, but they can glide for metres and metres. If you and I tried to glide, we wouldn't get very far."
A skin membrane that stretches between the hind and fore legs allows gliders to soar between trees.
"They also have serrated pads on their toes, similar to frogs and geckos, and can cling to smooth surfaces such as painted walls," Mr Williams said.
Taronga Zoo's "reverse daytime" exhibit allows visitors to view Feathertail gliders in a nocturnal setting.
They are not a threatened species, but Mr Williams said domestic cats were a predator and householders often mistook gliders for mice when their cats brought them home.
Oh bless….
That’s it: I’m orf to build a nuclear power station.
And today’s thought: That's one small step for a man, one giant leap for mankind." -- Neil A. Armstrong-A thin man left planet, ran; makes a large stride; pins flag on moon! On to Mars!
Angus-grammus.
Posted by Angus Dei at 07:58 5 comments