Before the off some good news over at nourishing obscurity yesterday, James has written his 5000th post, oh yes and he is getting married to UBERMOUTH.

Celebrations all round and a small contribution from Angus.

Something indispensible in a good marriage. 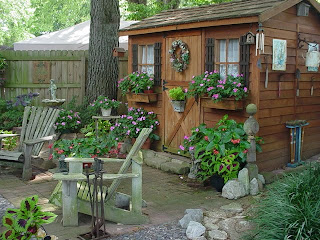 The role of the humble shed in improving men's health is being explored at a national conference in Hobart.

The three-day conference is being run by the men's support network, Australian Men's Shed Association.

"Quite often a man's social world revolves around his workplace and once he loses that, he either retires or becomes unemployed," he said.

"He's then at risk of social isolation which then spirals into a lot of other men's health problems."


You don’t need a three day conference to know that. 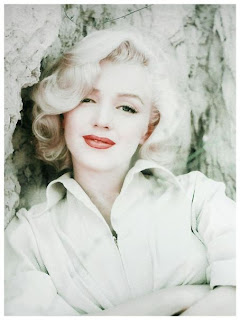 The chance to spend eternity on top of Marilyn Monroe is again available after a Japanese person withdrew a $US4.6 million ($5.5 million) bid on eBay for the burial space above the film legend.
"The person who was supposed to buy it turned out to be someone who couldn't buy it," said Steve Miller, a mortgage broker and banker who represents Elsie Poncher, the seller of the space.
Mr Miller says people who had put in similar bids have been contacted again with a "buy it now" offer.
There were another 11 bidders who offered at least $US4.5 million for the burial space, the Los Angeles Times says.
An unnamed Japanese bidder was the ill-financed winner of the space that currently holds the body of Richard Poncher.
Numpty
Ex pub landlord on EBAY 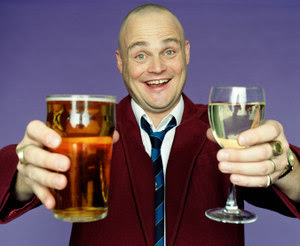 A man who has been jobless for six months has offered himself for work on eBay.
Richard Lloyd from Golcar, near Huddersfield claimed he would be an "outstanding employee."
The former pub boss says he will consider any role.
He is yet to receive a job offer, reports the Daily Mirror.

No surprises there then 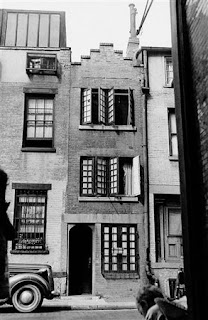 NEW YORK (AP) - It's 9 1/2 feet wide and 42 feet long and is billed as the narrowest house in New York City. But there's nothing small about its asking price: $2.7 million.
Located at 75 1/2 Bedford St. in Greenwich Village, the red brick building was built in 1873, sandwiched between 75 and 77 Bedford.
It's famous for other reasons, too. Corcoran real estate broker Alex Nicholas says anthropologist Margaret Mead and poet Edna St. Vincent Millay once called it home.
The three-story structure boasts plenty of light with large windows in the front and back, and a skylight.
The current owner bought it in 2000 for $1.6 million.
Nicholas says it's a place for someone who wants a little history.
And has little furniture.
And finally:
Possum potter 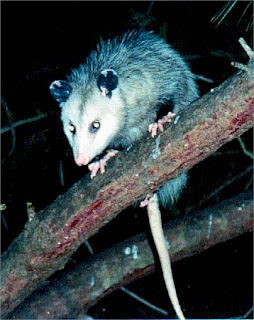 Larry Tenbrink’s chickens started disappearing months ago.
He could see traces of the struggle in the mornings — blood and feathers — but couldn’t catch the culprit.
Sunday night, he caught a ’possum the size of a large cat in action. But a premature slip of his finger landed Tenbrink in the hospital with a gunshot wound to his leg, while the ’possum remains on the loose to strike again.
Tenbrink, a 61-year-old handyman who lives on the southern outskirts of town, was watching television about 11 p.m. when he heard his chickens “carrying on.”
Tenbrink houses dozens of chickens on his property as a hobby. But more than a dozen have disappeared in the past couple of months when a new predator started hunting there.
“The ’possum is kind of a newcomer to the property,” he said during a phone interview from his home Monday afternoon.
He said it’s been targeting the babies at night lately.
Tenbrink, .22 caliber pistol in hand, thought it would be over when he spotted the ’possum wandering his property Sunday night.
But he accidentally pulled the trigger too early, sending a bullet through his lower right thigh.
He was taken to the hospital. But doctors couldn’t find the bullet and sent him home several hours later.
“It’s sore, but if you don’t think about it, it doesn’t bother ya,” Tenbrink said.

I wonder what she'd ahve to say about that at this precise moment. LOL. Another good review, Angus. Sorry I'm a bit late today.

There is only one solution to the who has the control of the keyboard issue - Two computers + keyboards ;-)

Love your rhyme for James and Uber. Lordie, your other stories just show there's nought so queer as folk! Thanks for the entertainment and the laughs.