Eco Con-servative: Up your pension: Pecan pilferers: Ferrari under the table: Hunky Dorys: and Lip service.

Day 47 of misty, murky and miserable at the Castle this morn, and just to add to our pleasure it is muggy as well.
The study is less than half full of wonky wheelbarrows, his Maj is still bringing me worms and the bruise on the elbow has reduced to the size of the Isle of Wight and has almost stopped hurting.


Just got back from the stale bread, gruel and pussy food run at Tesco-don’t tell anyone but they have His Maj’s Dreamies at £1 per pack..... 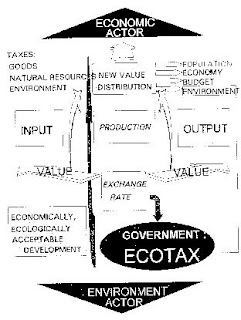 Reckons that although rising gas prices are set to push up costs for consumers, energy saving policies will help to save £94 on household bills by 2020,
The “Climate change Secretary” insisted the Government was meeting energy demand at the lowest cost possible by insulating homes and steering away from a dependence on fossil fuels. While the Government could not control rising world gas prices, it could "soften the blow", he told Parliament, with policies that would overall deliver a saving of 7 per cent on bills.


Bollocks-I want to live on the same planet as him... 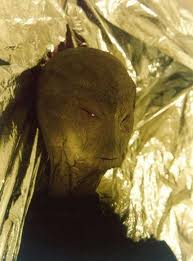 According to Unite son of a B...aronet “Chancellor” George (alien reptile in disguise) Osborne would need to work for just 18 months to win the typical public sector pension of £5,600 in retirement.
Looking at the government negotiating team, Unite found an average public sector worker would need to work for three working lifetimes to earn Francis Maude's pension and two for Danny Alexander's pension.
The calculations are based on ministers' pension pots if they were to retire at the end of the current term of office in 2015. 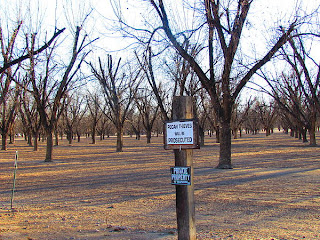 Hired by farmers as a private security guard, Brooks Rucker patrols thousands of acres of Georgia farmland on the lookout for thieves toting 5-gallon buckets.
He rarely comes up empty handed. Since the fall harvest began Oct. 1, Rucker says, he and two other guards have caught more than 160 culprits in the act. Some they let go. Others get handed over to police. Either way, he's recovered thousands of dollars' worth of stolen goods: mounds of pecans snatched from his employers' trees.
"It's an all-day hassle trying to keep these folks out," said Rucker. "You'll pull into a pecan grove and they'll have a 10-foot extension ladder trying to shake the pecans loose with poles. It's bad."
Prices have soared as China has developed an insatiable appetite for pecans, while withering drought in the southern U.S. has limited supplies.
In Georgia, the nation's top pecan producer, farmers and authorities say criminals can earn a tidy profit by stealing the nuts -- worth $1.50 or more per pound in smaller quantities.

East to the Isle where Napoleon once resided 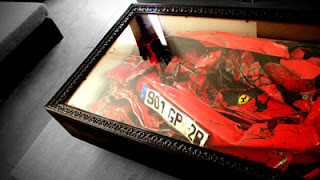 A French furniture designer created a conversation piece - by encasing the wreck of a Ferrari supercar in a coffee table.
Charly Molinelli, from Corsica, was approached by a customer who wanted a talking point for her living room.
Knowing his client was a motor sports fan, he approached a friend who worked at a scrap yard that was crushing a Ferrari F40.
The finished work took two months, with Mr Molinelli using other recycled materials to complete it.

Hope he followed all the Elfandsafety rules....

West a bit and a bit more 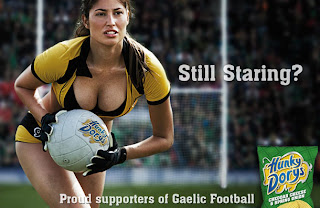 A raunchy ad campaign featuring busty women battling it out on a GAA pitch in skimpy undies has been kicked into touch by the advertising watchdog.

Crisp firm Hunky Dorys has been skinned by the Advertising Standards Authority of Ireland for launching its sexy GAA theme just a year after it branded similar rugby ads “sexist and exploitative”.
And it accused the firm of deliberately creating the ads – featuring models in low-cropped tops and brief shorts – knowing it would get free publicity.
The SAI took action after receiving 82 complaints from people and groups who thought they were offensive, degrading and sexist towards women. 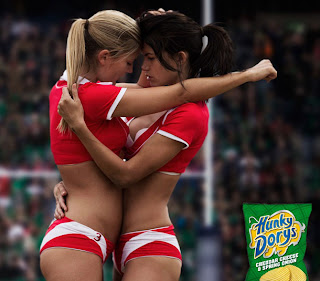 All is not hunky dory then.... 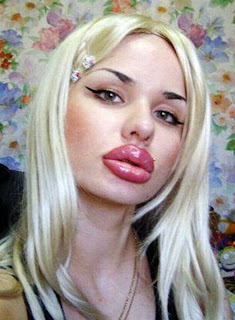 A beauty addict has blown £4,000 on plumping jabs to have the biggest lips in the world – but says her pout is still “too small”.

Kristina Rei, 22, believed her “thin” lips made her ugly and aspired to look like cartoon character Jessica Rabbit.
In her pursuit of the perfect pout, the nail technician has had 100 silicone injections, at a cost of £40 each, but claims she still wants more.
Kristina said: “I think I look fantastic and it makes me happy. 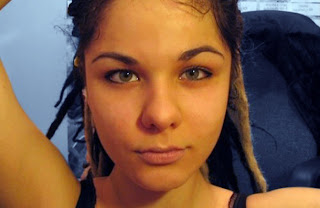 Kristina, who is single and has never had a boyfriend, had her first injection at 17 after being bullied about her looks at school.

That’s it: I’m orf to change my diet. 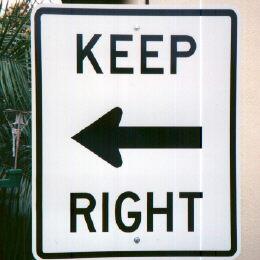 They, (Dreamies) were £1 in ASDA when I stopped by on Monday. Tesco 'spies' must have been around. Pet shops are still asking £1.50! Mind you, everything is expensive in pet shops. :(
I don't like ASDA but all their misc. computing bits are really cheap. Printer cartridges, cables and blank CDs etc. :)

"Biggest lips in the World?"
She'll find it hard to beat our friends in Africa and the West Indies? :O

Hunky Dorys is the fastest growing brand in crispy and the number 1 crinkle cut crisp brand in Ireland. Founded in 1996, is really a thick Hunky Dorys satisfactory.