No time: No fascinators: Cigar ice cream: Bacon Ice cream: and hanging out in Mexico.

Sunnyish, coldish and calmish at the Castle this Monday morn, I had a trip to the coast yesterday where it was Sunnyish, coldish and calmish too, but it was nice to get a few lungfuls of ozone.
Very late today, had oodles of things to do including the stale bread, gruel and his Maj’s food run dahn Tesco where prices are rising faster than the Greek debt, the elbow is betterish, and the garden is still in need of a complete fettle but it is too wet to attack despite the hose pipe ban.

Time is going to run out, observations of supernovae, or exploding stars, found the movement of light indicated they were moving faster than those nearer to the centre of the universe.
But the scientists claimed the accepted theory of an opposite force to gravity, known as dark energy, was wrong, and said the reality was that the growth of the universe was slowing.
Professor Jose Senovilla, Marc Mars and Raul Vera from the University of the Basque Country and the University of Salamanca said the deceleration of time was so gradual, it was imperceptible to humans.
Their proposal, published in the journal Physical Review D, claimed dark energy does not exist and that time was winding down to the point when it would finally grind to a halt long after the planet ceased to exist.
The slowing down of time will eventually mean everything will appear to take place faster and faster until it eventually disappears.

Not this week then-shame I have so much to do...

And up a bit from dahn ‘ere in ‘Ampshire 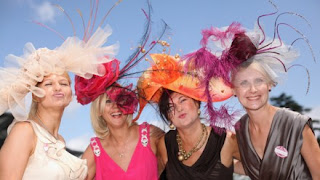 Strict new dress codes have been introduced at the Royal Ascot races with fascinators high on the hit-list.
Favoured by Royals and celebrities alike, these little hair pieces have incurred the wrath of officials reacting to claims the standard of dress has declined at their meet.
A particular stipulation is that fascinators are no longer welcome in the royal enclosure where her Maj and other hanger ons watch the races.
"Hats should be worn; a headpiece which has a base of four inches (10 centimetres) or more in diameter is acceptable as an alternative to a hat,'' the rules state.
Women are expected to wear skirts or dresses of "modest length'' falling just above the knee or longer. Men must wear black or grey morning dress with a waistcoat and tie, a black or grey top hat and black shoes.
The rules away from the royal enclosure are less stringent but women must still wear a hat or fascinator, and strapless or sheer-strap tops are barred. Suits and ties are compulsory for men.
A team of specially trained dress code assistants will reportedly be at the entry to help improve the standard of dress with waistcoats, ties, pashminas and other items available for those not quite sartorial enough.


All over non sunny Blighty 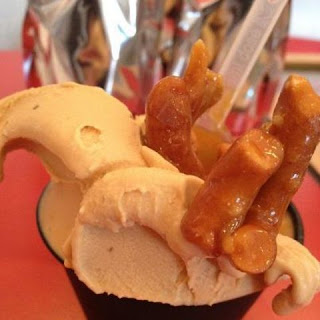 There is a new trend in cold stuff that comes in a cone-beetroot or crab sorbet, sea-salted caramel ice cream, grilled sweet corn ice cream and cigar-smoked caramel, grass, strawberry and hay, parsnip and wasabi or smoked olive oil and black pepper, or if  you have really lost it-breast milk and absinthe.

Left a lot and staying on the less than warm stuff 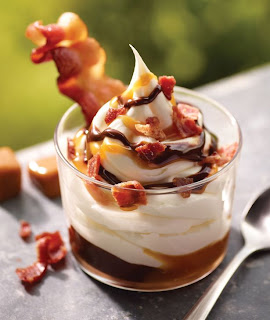 Not a vegetarian pud then..... 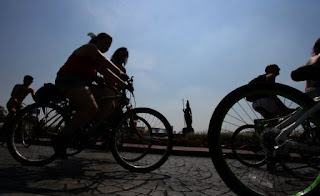 Dozens of people stripped and cycled naked through the Mexican city of Puebla Saturday to protest risks they face on the road.
"With "now you see me?" painted on their bodies, participants also hoped to promote the benefits of exercise and biking as an environmentally-friendly mode of transportation.
"We want to change things," said Arturo Rivera, one of the riders.
The crowd gathered on one of the busiest streets of Puebla, located 120 kilometres (75 miles) from the capital Mexico City, to start their attention-grabbing stunt.
While some of the women wore bathing suits, most of the men decided to bare it all as they pedalled through town in the rain.

Seems to go in cycles this nude bicycle riding thing

That’s it: I’m orf to test some black bears 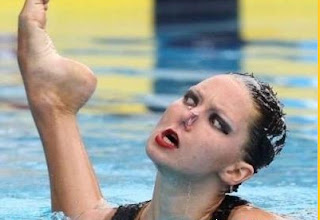