Still sunny, still, calm, still chilly and still no wet stuff at the Castle this morn. The kitchen is overflowing with broken/fixed adding machines, the butler has buggered orf on holiday and the yellow dust is still covering everything in sight. 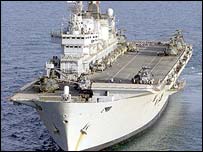 If you are in the market for a slightly used aircraft carrier then pop down to Pompey and have a wander around the Ark Royal.
Ministry of Defence (MoD) tours of the aircraft carrier are taking place at the Portsmouth Naval Base. Only potential bidders who have registered an interest on the edisposals.com auction website are allowed aboard for the viewings.
Those attending were required to submit an outline of their "intentions regarding the vessel" to the MoD in advance.
Proposals for Ark Royal include turning it into a school, a nightclub or a base for security personnel during the Olympics.
But it could also be sold for scrap like its sister ship HMS Invincible.
Why not re-commission the Harriers, and use it to defend Blighty against those nasty men from the East? 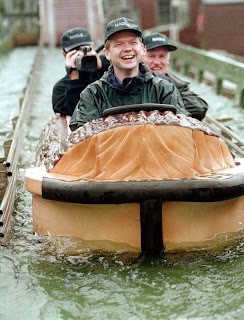 Silly Billy Hague is it seems making it up as he goes along, individuals in Libya could be targeted depending on their behaviour, Silly Billy has suggested.
The comment appears to go against the assurance offered by NATO spokesperson Lieutenant-General Charles Bouchard after the air strike which killed Col Gaddafi's youngest son that "we do not target individuals".
The Silly B told MPs yesterday “the attack was an attack on a command-and-control location. NATO has increased the number of air strikes against command and control functions of the Libyan regime. That is wholly legitimate in our view. Such attacks will continue."
Oh well, that’s OK then.
According to a “new” report 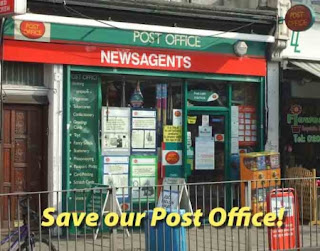 Government plans to sell off the Royal Mail could lead to the closure of more than 9,000 post offices.
Research among 800 sub-postmasters by the Communication Workers Union (CWU) found that nine out of 10 said they could not survive without Royal Mail business, while a similar number believed they were unlikely to continue if the Government continued to press ahead with plans for a so-called "Locals" model of franchised post office services.
The union, which is campaigning against the privatisation, said that based on the study's findings, more than 9,000 post offices would close.
Most of those questioned had little or no confidence that the Government will return to post offices services which have been removed.
Just to expand on the last sentence-most of us in the country have little or no confidence in the Government.
Right a bit 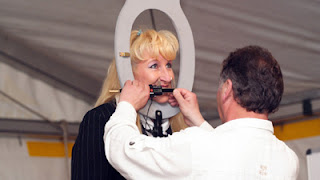 It's the world title where winners tend to run in the family - and a short nose definitely won't be enough to get contestants on the podium.
Organisers of the Long Nose World Championship in Langenbruck, Germany, are looking for the pick of new entrants for this year's final in June.
"We judge both length and width and we are looking for new blood this year because we don't just want to see the same old faces again.
"There must be people out there with gigantic noses we just haven't seen so we want to get that new talent in," said one steward.
Current men's world champ Josef Dewold measures up at nearly five inches while women's title holder Margot Sikora's reaches just more than four inches.
And they say size doesn’t matter.
Dahn Unda

The organisers of a famous camel race in Alice Springs have signed up new sponsors after the event was hit hard by heavy rain last year.
The Camel Cup has been running since the 1970s and will be held on July 9 this year.
Former winning jockey Ian Rowan says the organisers are hoping for a more usual dry season day.
"Money is always a big problem," he said.
"Last year we had a lot of rain in Central Australia and, three days before the big race day, the track was under water.
"There were pelicans flying over the track and nesting on the track all night.
"We are praying we do not get any rain for at least a few weeks before race day this year."
The organisers of the Cup hope to draw a huge crowd to the race.
The famous race will be held on a 400m track at Blatherskite Park.
Mr Rowan rode the winning camel in 2003.
"This is the birthplace of camel racing in Australia," he said.
They should hold it Dahn ‘ere in ‘Ampshire apparently we have only had 3pc of our normal rainfall in April.
Up a fair amount
Hong Kong Airlines cabin crew are taking classes in deadly Wing Chun, which teaches students how to knock an aggressor out cold within seconds.
Airline bosses say their flight attendants have to deal with at least three cases a week where amorous drunks try to paw them.
Instructor Sifu Lu Heng said: 'It is for their own safety and the safety of other passengers that they learn how to defend themselves. This kung fu works best at very close range so it is ideal for a plane.'
New recruit Lumpy Tang, 22, said she never imagined it would be part of the job.
'We were surprised in the beginning, but after a few lessons we really liked wing chun,' Tang told the Sunday Morning Post.
Will I be arrested for being “racist”?
And finally: 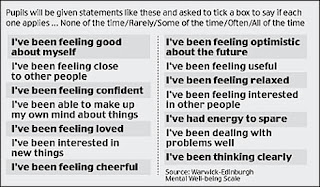 Test your happiness factor
That’s it: I’m orf to look for Inkayacu paracasensis.
And today’s thought: Vote Yes to AV just because U-Turn Cam is so afraid of it.
Angus
Posted by Angus Dei at 07:37

What a silly comment from silly Hague! I'm trying to imagine the rk Royal as a night club...

You ought to actually take into consideration engaged on growing this blog into a major authority in this market. You evidently have a grasp handle of the subjects everyone seems to be trying to find on this web site in any case and you would actually even earn a buck or two off of some advertisements. I'd discover following latest topics and raising the quantity of write ups you place up and I guarantee you’d begin seeing some superb targeted site visitors within the close to future. Only a thought, good luck in whatever you do!

So the post offices close down and now we are reliant on the email and the internet. So much easier to close down than pigeon post...

Its a conspiracy Cherrypie :)

Nice post. Thank you for taking the time to publish this information very useful! I’m still waiting for some interesting thoughts from your side in your next post thanks!
Serviced Offices Dublin